SMM10, March 24: it is reported that the Ramu nickel mine in (Madang), Madang province, has been closed after weeks of dispute over a mud leak into (Basamuk Bay) in Bassamuk Bay, Papua New Guinea. On Friday, the government, through its mining regulator, the Mineral Resources Administration ((MRA)), ordered the closure of Ramu Nico's operation of the (Basamuk) processing plant in Kina Basamouk from Monday.

It was reported in August that waste from the Papua New Guinea nickel plant owned by the China Metallurgical Company had leaked into nearby Basamouk Bay. The head of (MRA), the Papua New Guinea Mineral Resources Authority, said its officials, as well as officials from the Papua New Guinea Protection and Environmental Protection Agency ((CEPA)), had prepared a preliminary report on the incident. A Compan buffer tank at the Basamuk plant site overflowed about 200000 litres of raw mud. The mud overflowed and caused the sea water to change color. MCC, a subsidiary of MinMetals, is responsible for building and operating the plant, which produces nickel wet intermediates and ships them to China for use in the battery industry of electric vehicles.

A source close to MCC said the incident had no adverse impact on the environment. "this has no effect on marine life and fish. The mining and environmental departments went there, but found no problems, and there was no need to say anything about it. However, Madang Governor Peter Sheean called the Basamuk Bay mud leak "the worst environmental disaster in the history of Papua New Guinea," according to a report in the country's Post-Courier newspaper on Monday.

According to SMM research, it is true that local government officials have recently questioned the project on environmental issues, but the project is still in normal operation, and companies are starting to communicate with relevant government departments. In terms of actual impact, the output of the project is expected to be slightly affected next year.

According to SMM, as a benchmark project for the production of nickel wet intermediate MHP from laterite nickel mine, it can be seen from the previous leakage accident that the project really needs to be improved in terms of environmental protection, but it is not the best solution to solve the problem for enterprises to stop operating and stop production completely, and it is expected that rectification and reform plans will be properly discussed to allow the incident to develop on a normal track. For other enterprises that want to put into production of wet intermediate products, the cost pressure on environmental protection will be even greater in the future. 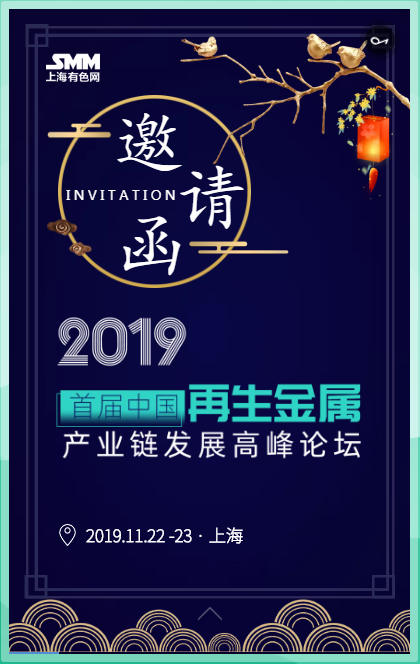