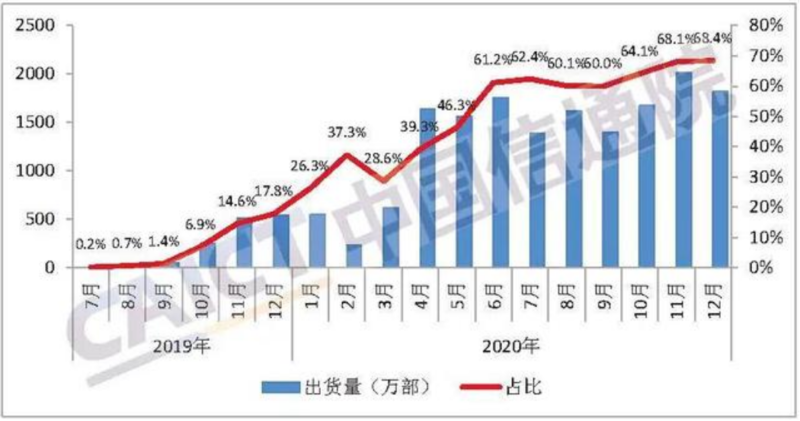 Source: Institute of Information and Communication

It is worth noting that the shortage of chip capacity may bring some challenges to the 5G mobile phone market. The rapid development of 5G promotes the demand for chips in mobile phones and base stations. At present, the production capacity of wafer foundry enterprises such as TSMC, Samsung, GE Core, United Power and SMIC continues to be full. Recently, MediaTek expanded its production of TSMC's 7nm process in the first quarter, while the flagship 5G processor Tianyu 1200 will also begin mass production. MediaTek's Tianji 1200 flagship processor will be manufactured using the 6nm process. MediaTek's projection volume in TSMC 7nm and 6nm reached 110000 in the first quarter of 2021.