CST
translation
Source:SMM
Today, the Ministry of Ecological Environment, the Development and Reform Commission, and other ten departments, together with the people's governments of Beijing, Tianjin, and other cities, jointly issued the "Action Plan for Comprehensive Air pollution Control in Autumn and Winter 2019-2020 in Beijing, Tianjin, Hebei, and surrounding areas."

Today, the Ministry of Ecological Environment, the Development and Reform Commission, and other ten departments, together with the people's governments of Beijing, Tianjin, and other cities, jointly issued the "Action Plan for Comprehensive Air pollution Control in Autumn and Winter 2019-2020 in Beijing, Tianjin, Hebei, and surrounding areas."

As far as the documents are concerned: first of all, as far as the main objectives are concerned, the average concentration of PM2.5 in Beijing, Tianjin, Hebei and surrounding areas during autumn and winter this year fell by 4% compared with the same period last year, and the number of days of severe and above pollution decreased by 6% compared with the same period last year. More stringent task targets have also been set for key cities with strong production capacity in the steel and coking industries, although slightly relaxed than the recommendations released earlier, but generally more stringent than last year.

In addition, this year's heating season environmental protection production restrictions have a more prominent "differential control" characteristics-clearly require "2X26" cities to divide key industries into A, B and C grades according to strict rating procedures, and carry out dynamic management according to different stages and different weather characteristics. For example, since October alone, Tangshan has issued two documents on environmental protection and production restrictions aimed at different grades and specific conditions of different enterprises.

In general, the autumn and winter environmental protection and production restriction plan released last year shows that the "one size fits all" and formal implementation of differential control has made the actual implementation worse than expected. However, after learning from the previous experience, the probability of environmental protection and production restriction in Beijing, Tianjin, Hebei and its surrounding areas this year is more stringent than that of last year. 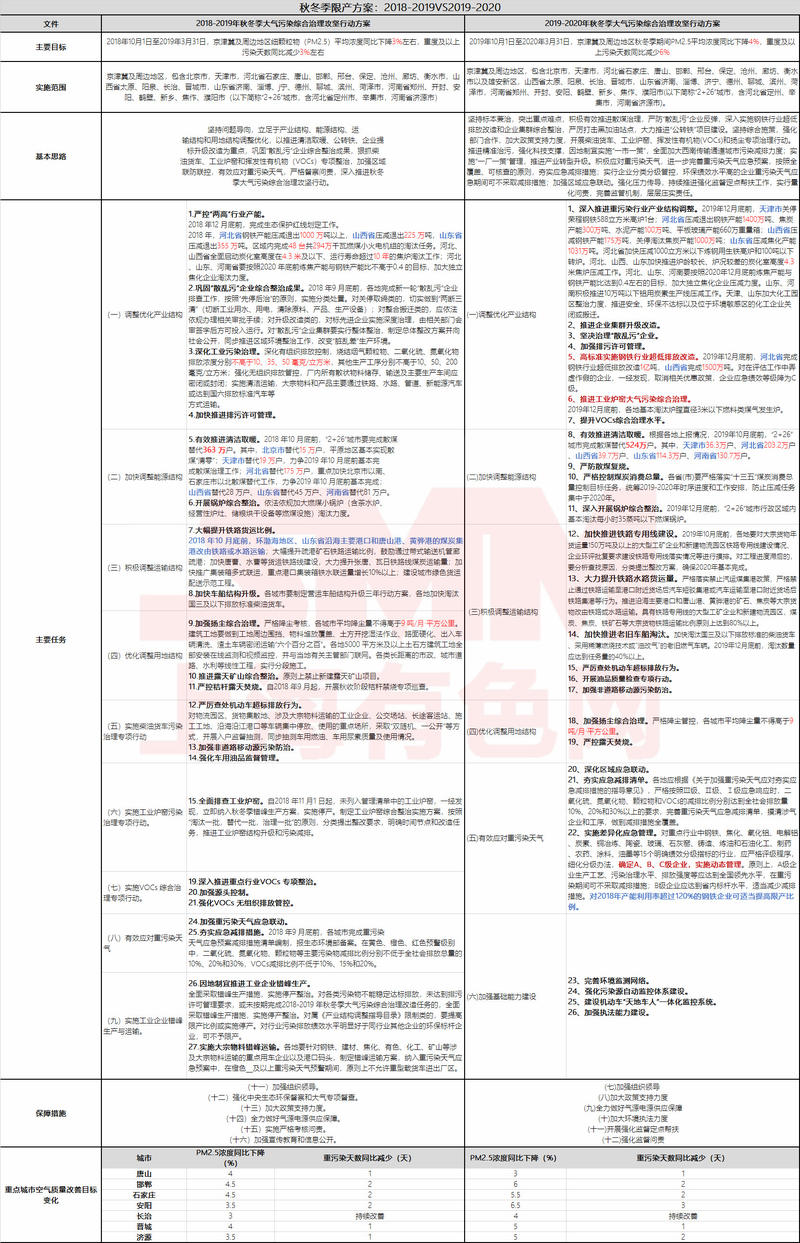