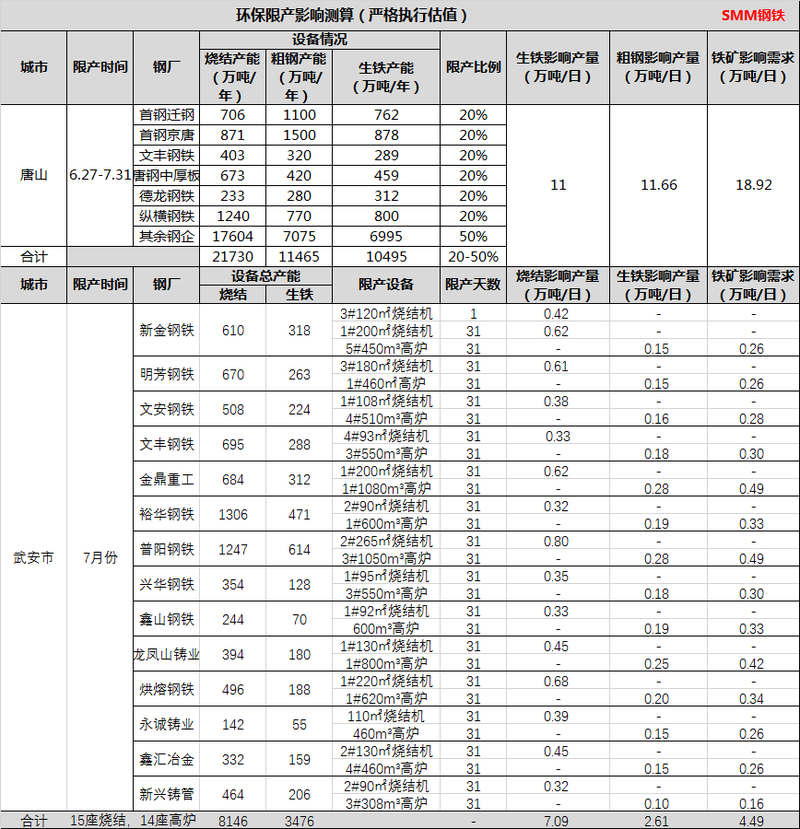 Since late June, Tangshan, Anyang, and Wu'an have issued clear production restriction lists, and Shanxi Province is also "ready to move." among them, starting from today in Shanxi Province, the Provincial rectification and Reform Office will organize a 100-day clean-up campaign for illegal sewage discharge in the province, and set up 11 cross-inspection groups, focusing on the central environmental protection inspectors and "looking back" feedback issues to rectify and clean up the "ten zeros." Starting from August, the eco-environmental protection and supervision of Shanxi Province will be carried out in 11 cities in an all-round way. Jiangsu Province has also proposed that enterprises that have not yet completed ultra-low emissions will be controlled. If the scope of strict environmental protection and production restrictions continues to expand, the upward road to steel prices will be difficult to stop!