Today, the Shanghai Copper 11 contract opened at 51700 yuan / ton, after opening around 51670 yuan / ton shock, after the center of gravity slightly moved down to 51560 yuan / ton shock adjustment, closing at 51570 yuan / ton at noon. Opening in the afternoon, a large increase in short positions led to a rapid fall in copper prices, piercing the 51000 mark, as low as 50960 yuan / ton. Whenever this low short copper price rebounded, it finally closed at 51290 yuan / ton, down 460 yuan / ton, or 0.89%. A total of more than 18000 positions were increased in 11, 12 and 2101 contracts during the day, of which 2011 contracts increased their positions by 11310 to 105, 000, mainly as short positions increased, and trading volume increased by 20, 000 to 167000. Shanghai Copper 10 contract reduced positions by 8597 to 64000 hands, mainly for long positions. During the day, Shanghai copper continued its downward trend in night trading, mainly due to macro risk factors that continued to drag down investor sentiment. Overnight Federal Reserve Chairman Powell said that although the economy of the United States has improved since the outbreak of the novel coronavirus epidemic, but the measures for the next step to restore the economy are still not clear. In addition, the rebound of the epidemic in Europe adds to the pessimistic prospect of Brexit, and safe-haven demand drives the flow of funds to the US dollar. Recently, the strong performance of the US dollar has broken the 94 mark, reaching a maximum of 96.255, which has strongly suppressed the price of copper. Today, Shanghai copper overcast, 40-day moving average support level failed to hold, is currently in Brin's lower rail position. In the evening, pay attention to the initial PMI value of the US Markit manufacturing industry in September to test whether Shanghai Copper can hold the 51000 mark.

The spot market of SMM copper in Shanghai on September 23rd KuaiBao: the mood for cash exchange is gradually fermenting and sticking to water may be further expanded. 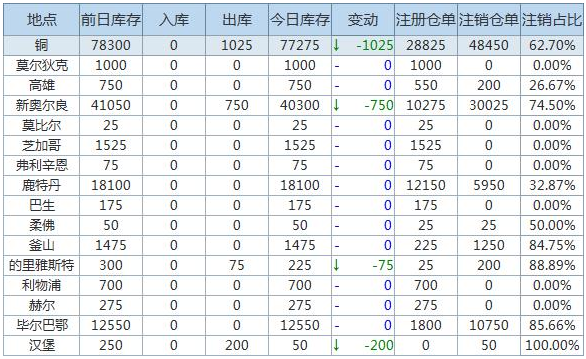 According to a recent report, according to GlobalData's transaction database, the total transaction value of the global metals and mining industry reached 2.13 billion US dollars in July 2020. Compared with $4.12 billion the previous month, the value was down 37.4% from the previous month and 48.4% from the average of $4.12 billion in the last 12 months. "View details