ANTAM's unaudited Ferro Nickel sales reached 6867 TNi, up 11% from the first quarter of 2020. By the first half of 2020 (January-June 2020, 1H20), the company's unaudited ferronickel production and sales reached 12762 TNi and 13045 TNi, respectively, or equivalent to about 48 per cent of the 2020 ferronickel production and sales target, respectively.

In line with the global economic recovery and optimism about nickel demand, ANTAM is optimistic that it hopes to improve the profit margins of its nickel business in 2020. As part of the company's goal of improving the competitiveness of its business, the company has been implementing a number of initiatives to reduce operating cash to meet the costs of appropriate and best cost-efficient strategies through various operational innovations and strategic strategies. The effort also reflects ANTAM's unaudited nickel cash cost of $3.33 per pound during the 1H20 period, making it one of the lowest cash cost ferronickel producers in the world. 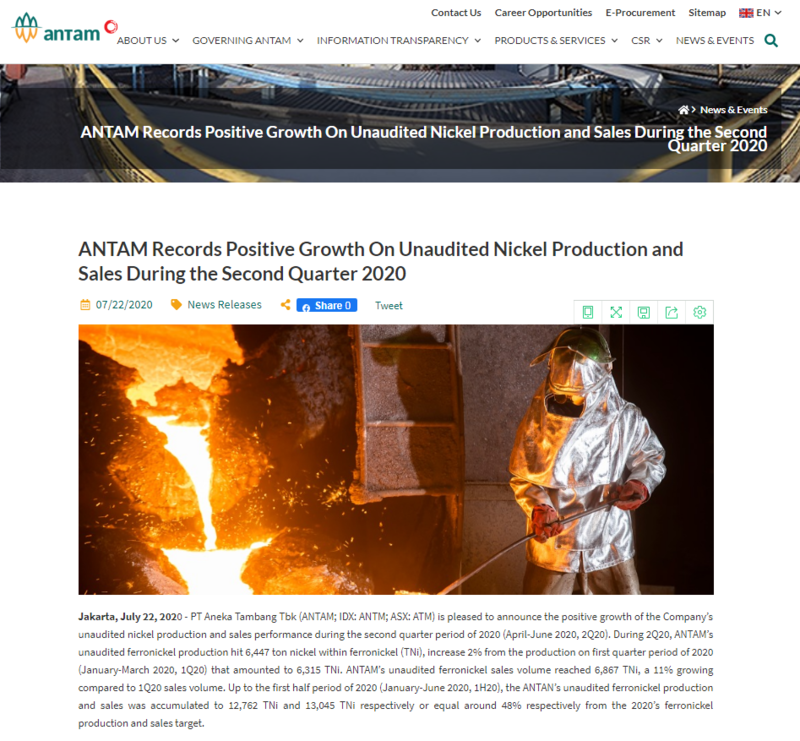