CST
translation
Source:SMM
[lead city under the SMM: war epidemic-expected to remain surplus throughout the year and hope for a recovery in consumption in the second half of the year] SMM believes that, on the whole, under the background of the epidemic, the global supply and demand of lead has fallen, but the tone of surplus has continued throughout the year, and Q3-Q4 expects consumption to recover. Whether the peak consumption season in the third quarter comes as promised has become a key factor in the subsequent rise in lead prices. At the same time, the addition of recycled lead will continue to interfere with the pace of lead price increases in stages, and the environmental protection factor in previous years has become a marginal factor.

SMM7 March 23: in 2020, under the influence of the global epidemic, the trend of lead in Shanghai has been twists and turns. In mid-to-late March, due to the drag of the overseas epidemic, the Shanghai lead index plummeted to 12640 yuan / ton, the lowest since May 2016. From 1919 to 2020, the newly expanded production capacity of overseas mines has been released one after another, but the overseas epidemic has spread and some overseas mines have been put into production and mines under construction. Where will lead concentrate go in 2020? At the same time, new expansion projects in China's recycled lead market are springing up everywhere. What is the actual output release in 2020? Whether the cost support is effective or not, the supply of waste batteries has become the focus of the future market; and under the influence of a number of policies (such as the new national standard for electric bicycles, motorcycle purchase tax exemption, etc.), whether the subsequent lead consumption matches, and what is the trend of lead prices in 2020? 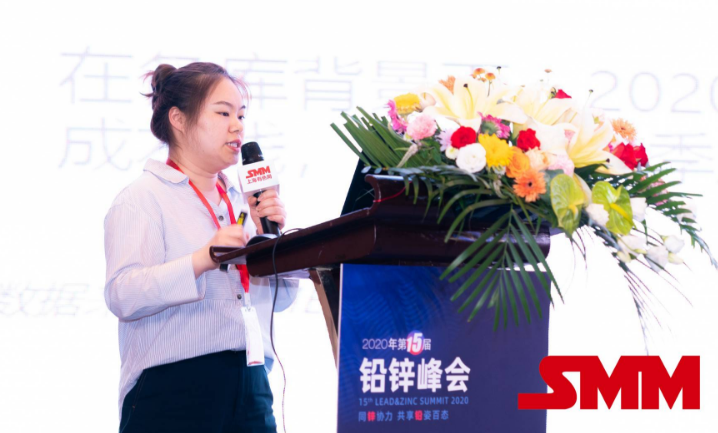 At the 15th lead and Zinc Summit 2020 held by SMM, Xia Wenming, a senior analyst of the SMM lead industry, brought a keynote speech on these hot topics: "recycled lead, new expansion, capacity release, supply or enter a new cycle".

Lead Industry chain under the Environment of "War Plague"

Xia Wenming said that after the epidemic at the beginning of the year in 2020, the lead industry chain has gone from stagnation to recovery, and the inventory of lead ingots has also increased to an all-time high, and then to the rapid removal and re-accumulation of the stock, these series of changes, the main contradictions are concentrated in recycled lead. In the context of stock preparation, lead prices plummeted in the first quarter of 2020, with lead prices in Shanghai as low as 12620 yuan / ton, refreshing the lowest level since May 2016, and approaching the production cost line of mining enterprises. after entering the recovery of consumption in the second quarter, lead prices gradually rebounded, repairing profits from mining-smelting. The impact of the epidemic on the country lasted until March and was basically eliminated after mid-March, while the overseas epidemic escalated in mid-late March.

After the resumption of the overseas economy, lead consumption has gradually picked up, and lun lead stocks have declined continuously since June, falling by more than 13000 tons as of July 20. At the same time, port transportation is relaxed, mines such as Peru resume work, imported mines tend to be relaxed, and TC heads up. In terms of primary lead, the cumulative production of primary lead in the first half of 2020 was 1.5 million tons as of June, up 1.2% from the same period last year. This plate is the one least affected by the epidemic environment.

The new expansion capacity of recycled lead has entered a new cycle of production and supply. 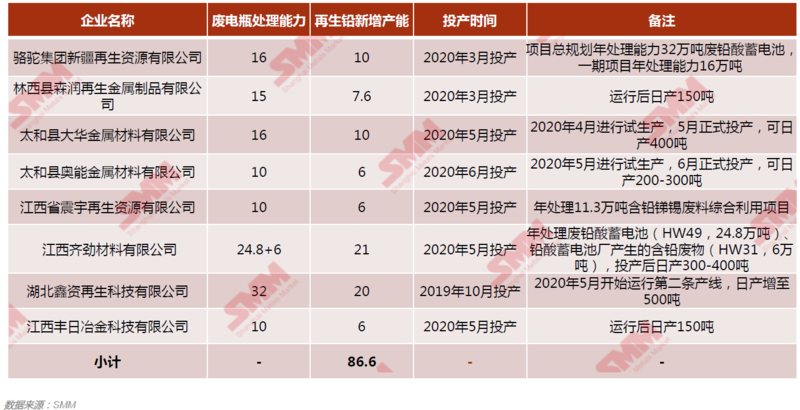 Overall, under the background of the epidemic, the global supply and demand of lead has declined, but the tone of surplus continues throughout the year, and Q3-Q4 looks forward to a recovery in consumption.

The focus of lead market in the second half of 2020

On the consumer side, the export of lead-acid batteries from January to May 2020 was 57.8 million, down 11.7% from the same period last year, and exports recovered significantly in May. The influence of export is from Europe-America-Southeast Asia (such as India, Malaysia, etc.); the recovery order is Europe-Africa-Southeast Asia-United States. Overall, lead-acid battery exports picked up after the economic restart.

The consumption expectation of lead-acid battery is mainly reflected in the following aspects:

3. Under the influence of the epidemic, electric bicycles ushered in new growth points, such as Germany, Sweden, Switzerland and other European governments have introduced subsidies, tax cuts.

To sum up, the arrival of the peak consumption season in the third quarter has become a key factor in the subsequent rise in lead prices, while the addition of recycled lead will continue to interfere with the pace of lead price increases in stages, and the environmental protection factor in previous years has become a marginal factor.