Anglo American insists on its metal production target by 2020

It is reported that the surge in June, the temporary closure of Chilean ports, the company's copper sales were affected, Anglo American copper sales totaled 293800 tons in the first half of 2020. 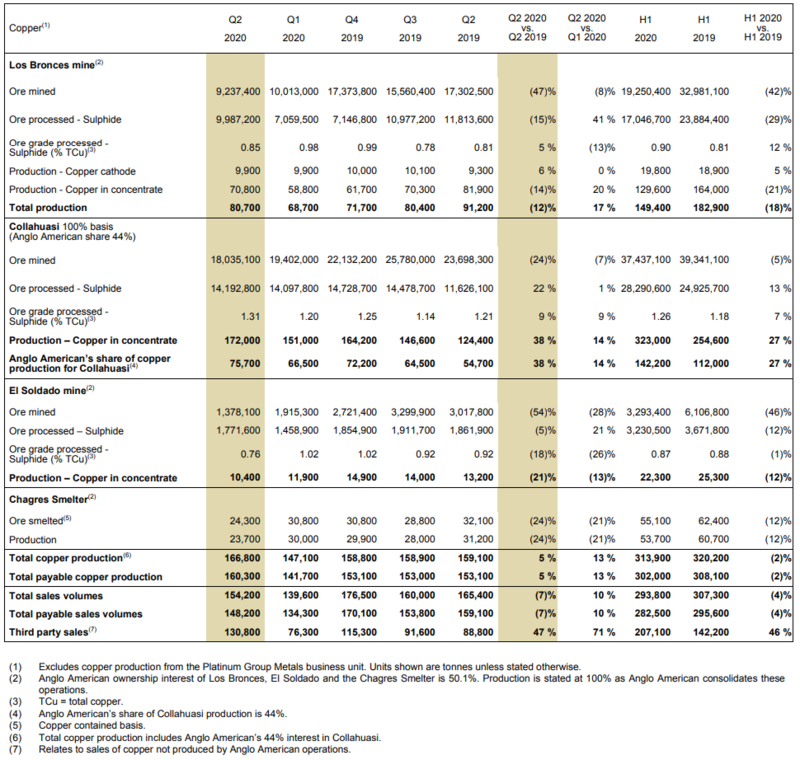 Anglo American Keeps Full-Year Copper Output Target Unchanged, Despite Big Fall in H1
Anglo American kept its copper output target for the whole of 2017 unchanged, despite a 3% year-on-year decline in output in H1.

Anglo American May Shut down El Soldado Copper Mine
Anglo American will shut down the El Soldado copper mine in Chile unless it gets approval for the redesign of the mine in 3-4 weeks, according to wenhua.com.