CST
Source:SMM
According to the SMM new energy database, the production of new energy vehicles with certificates in June was 91000, an increase of 21.4% from the previous month. Tesla still ranks first in electric car production this month, but it is down 9.5% from may. In addition, the output of SAIC GM Wuling, SAIC, Changan Automobile, Great Wall Automobile and the new car-building forces Lai, Xiaopeng and Weima all increased month-on-month; the installed capacity of power batteries was 4.7 GWH, a decrease of 28.9% over the same period last year and an increase of 33.9% from the previous month. The proportion of iron-lithium passenger cars increased from 4% to 9% in June, with the main increments in SAIC GM Wuling, Dongfeng Xiaokang and brilliance Xinyuan.

In terms of enterprise output, Tesla still ranks first in electric car production this month, but it is down 9.5% from May. BYD produced 8676 new energy vehicles in June, up 13.1 per cent from a month earlier and down 59 per cent from a year earlier. In addition, the output of SAIC GM Wuling, SAIC, Changan Automobile, Great Wall Automobile and the new car-building forces Lai, Xiaopeng and Weima all increased month-on-month. While the joint venture car companies FAW-Volkswagen, SAIC-Volkswagen, brilliance BMW production dropped slightly month-on-month. 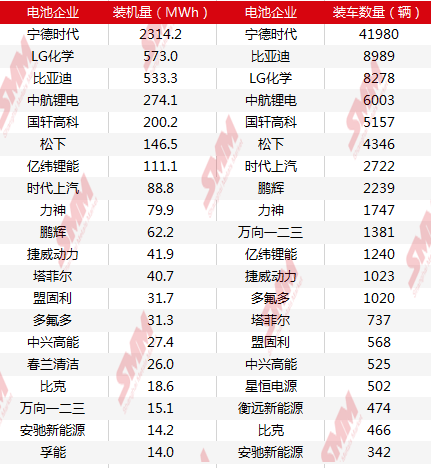 SMM believes that from the production of new energy vehicles in June, the recovery rate of new energy market is slightly faster, passenger vehicles are growing steadily every month, and the increase of new energy commercial vehicles in June is obvious. Judging from the performance of car companies, the new forces of car-building in June and some domestic car companies have performed well and have been in a state of gradual growth this year. Although Tesla's production fell slightly, its sales rose sharply in June and is expected to maintain a steady growth trend in the second half of the year.

Baosteel’s New Steel Base to Put Capacity of 4.7 Million mt/year into Full Production
Baosteel Desheng, a subsidiary of China Baowu Iron and Steel Group, invested 13.6 billion yuan to build a fine stainless steel green industry base in 2018, and the project will be fully put into operation next year.

Silicon Production in Yunnan to Be Cut by 90% under Policy Control in Q4 2021
Yunnan Provincial Development and Reform Commission announced on September 11 that the average monthly output of local industrial silicon companies should not exceed 10% of the August output from September to December.

All
MOST POPULAR
1.World’s First Automated Lithium Metal Battery Production Line in Operation!
2.Yellow Phosphorus Enterprises in Yunnan Subject to Production Curtailment or Suspensions from September 2022 to May 2023, Long-Term Fundamentals Remain Bullish
3.China Lithium Carbonate Imports Rose 21% MoM in Aug
4.World's First LMFP Project with a Capacity over 100,000 mt/year Commissioned in Qujing, Yunnan
5.Price and Forecast for Lithium-related Battery Materials
Shanghai Metals Market
Privacy PolicyCompliance CentreSMM Credit ServiceContact UsAbout UsTerms & ConditionsSitemap
Notice: By accessing this site you agree that you will not copy or reproduce any part of its contents (including, but not limited to, single prices, graphs or news content) in any form or for any purpose whatsoever without the prior written consent of the publisher.