1. The spot market price of steel has been stable since the weekend, rising slightly in North China, stable in Guangzhou in South China, up 10 yuan in Shanghai in East China, down 10 yuan in Hangzhou and 10: 30 yuan in Fuzhou.

The market mentality is good.

The billet in Tangshan area is stable to 3140 yuan / ton.

Scrap prices are still rising in most areas and falling in the southwest. Low-cost resources are difficult to buy.

Coke price stability in the strong: the first round of rise to the ground in an all-round way.

The price of coking coal has stabilized for the time being.

1. Spot: although the stock impulse high fall probability, but the center of gravity is still moving up.

Thread, hot coil: in the early stage, most of the low positions meet the high and moderate reduction, and the high throwing and low absorption rolling operation is the main operation in the new single interval.

Coke: more trading in the range.

Coking coal: trading within the range is mainly neutral.

2. [sales of excavators exceeded expectations in April] the industrial machinery sector strengthened. As of press time, Xugong machinery rose more than 5%, construction machinery rose more than 3%, and Liugong, Sany heavy Industries and Zoomlion rose more than 1%. Total excavator sales in April were 45400, up 59.9 per cent from a year earlier, according to brokerage research. From January to April, sales totaled 114100 units, up 10.5 percent from the same period last year. The actual demand situation of the terminal is better, mainly because there is a relatively obvious guarantee and supply pressure, and the current shortage ratio is still about 20%.

5. The recent price increase in steel mills is mainly due to a partial push. The supply side has reached the level of the same period last year. With the continuous increase of scrap price, more than 5.6% independent electric arc furnace began to lose money, a small number of tons of steel small profit, independent electric arc furnace output short-term convergence probability; The operating rate of the long process is also high, with a daily average of 2.37 million tons of iron water. In order to continue to expand and accept the shortage of scrap resources and profits generally converge below 200 yuan / ton, consider that the "two sessions" are just around the corner, environmental protection production restrictions are on the road, short-term output is difficult to expand or even has the probability of small convergence.

Cement prices continue to rise, excavator demand exceeded expectations, mutual confirmation of strong terminal demand is still on the way. No, no. As for the so-called May rainy season will cause demand to peak, just short "night road whistle." The author has also analyzed the impact of the rainy season, do not repeat! The center of gravity of steel price moves up in May, I am sure that it will remain unchanged! Hangzhou market short-term by Shagang flat push and Sha, Yong, medium steel mills due to the impact of high-quality carbon steel production plate snail, although the rebound strength is limited, but the general direction of rebound is indisputable. In short, it is suggested that late enlightened people every callback dare to enter the market to replenish the warehouse!

Coke fundamentals are sound, Shanxi opened the second round of increase of 50 yuan / ton, but the second round of rise and fall mainly depends on two factors, one is the elimination of 4.3 meters coke oven "rainfall" and long process profits must be expanded.

< 5 > prospects for the steel market in the second quarter.

I. Prediction of macro prospects at home and abroad

First: the epidemic man mistakenly hit the Yellow Crane Tower and the counter-cyclical adjustment was accelerated.

During the period from the outbreak of the Yellow Crane Tower to the pre-outbreak of the overseas epidemic, the domestic counter-cyclical regulatory factors increased and accelerated, mainly including and not limited to the new infrastructure, tax reduction, reduction of accuracy and other policy incentives to counter epidemic injury and the "six stable" target tasks, even after the "two sessions", because of the overseas epidemic outbreak "six stable" national policy to a certain extent, there is a correction probability, but considering the role of inertia and lag, the second quarter can and must be reflected. That is, strong expectations will be fulfilled in the second quarter.

Second, there is uncertainty in China's monetary policy in the later period.

In order to rescue the current liquidity crisis in the market, and in response to possible economic turmoil, the Fed has launched an unlimited, bottomless QE monetary easing stimulus. There is no doubt that all non-US countries have paid for it, and no matter what measures they take, imported inflation is doomed.

In the short term, stimulated by the Fed's unlimited easing program, the liquidity crisis was temporarily suspended, market sentiment was effectively calmed down, and US stocks rebounded sharply.

Bet all the money on the bottom of the deposit box on the gambling epidemic! Premature excessive consumption of policy space, what if the epidemic gets out of control? Can the trick of sucking blood and non-American people's sweat in 2008 come true again? Let's see.

In the long run, the great change in the world pattern is deterministic, but who is in charge of uncertainty!

Look at the great China, China's monetary policy is once again facing a big test! Does it follow the fact that the developed economies of the United States have no choice but to fill up with water and follow the old path of 2008? Or are you sure to move on? Or is the "six stable national policy" adjusted to "protect finance and employment"?. No, no. Test the wisdom of decision makers again! In short, hard wounds can not escape! After the "two sessions", the monetary policy of a great country is full of uncertainty, and the market is now strongly expected to cut interest rates in April. The G20 meeting delivered 35 trillion yuan of monetary stimulus to deal with epidemic control investment and hedge against the global economic recession. Listen to his words and observe his deeds. The author foolishly believes that if the water release of Chinese currency can stop in the direction of world epidemic control and "Belt and Road", that is, to implement a community with a shared future for mankind, and to export inflation to the United States. It's not beautiful! The Federal Reserve needs China to prepare for the policy response to the imported inflation in non-American countries, especially in developing countries, regardless of the consequences of the secondary economic and social disasters brought about by the continuous development of the epidemic.

Third: the epidemic sweeps the west wind, how can the secondary disaster endure.

The outbreak period of the overseas epidemic situation, especially the United States Emperor has the tendency to catch up from behind, although the medical level is not moved, but the political and economic interests override the rest of the world.

Above, there is no suspense on the European and American epidemic Cup champion podium! For the good is the happiest, for the evil can not escape. A long way of good reincarnation, the vast sky spared who! Coronavirus is the common enemy of mankind at present, the practice of a community with a shared future for mankind is the truth, and the control of the epidemic bean base is the essential work of the United States, and it is also the concrete practice of being responsible to mankind. The United States not only does not face up to the main contradiction of the epidemic bean base, but gives priority to opening up an unlimited easing policy! If you hurt an "enemy" by 1000, you will injure yourself by 800. The Great Recession and the Great Depression are doomed! Similarly, overseas outbreaks have caused secondary disasters in China. There is no doubt that imports and exports shrank greatly in the second and third quarters.

Fourth: the story of farmers and snakes should not be forgotten.

During the period of the Yellow Crane Tower wearing a cover to fight the epidemic, the United States Emperor etiquette and shame, four-dimensional atelectasis. Many senior officials and dignitaries of the US imperialist government are afraid that China will not be disorderly and gloat, hoping that the epidemic will deal a fatal blow to China's economy and geopolitics, constantly attack and stigmatize the Chinese virus, and engage in political "epidemic poison." through the so-called "Taipei Act," the Senate and the House of Representatives have colluded with the jin Party of the people of Taiwan, colluded, grossly interfered in China's internal affairs and continued to escalate, and the media unscrupulously publicized false information by using a powerful network platform. Militarily, show off your muscles and make threats on the doorstep of China. No, no. It's hard to tell!

After the epidemic, the US Emperor further contained Greater China in an all-round way, and it was by no means alarmist! Chairman Mao's quotation: the United States imperialism will not die, we must always raise the police!

II. Prediction of the fundamentals of the Iron and Steel Industry

1. Der Spiegel is a high judge of supply and demand.

At present, the profit of long-process tonnage steel is 300-400, and some of the original long-process shutdown and maintenance are gradually resuming, even if the steel enterprises shut down by the epidemic in Hubei Province will resume production no later than mid-April. Independent electric arc furnace steel mills lose less than 100 yuan or even some of the steel enterprises that enjoy tax rebates and enjoy local government subsidies due to the downward movement of scrap prices. No, no. It can be judged that production will become normal in April.

Throughout the table trading volume in late March and eliminate speculative false demand, and combined with including but not limited to cement prices, concrete mixing stations, pipe pile demand, PC steel bar prices verify each other, and then peep at the start of real estate and steel net export trade considerations. In April, the return period of qualitative demand reached the normal level of about 95%, which is more objective.

The relationship between supply and demand is roughly the same.

Verify according to the inertia of thinking:

One is: precisely because the inventory is towering and floating clouds, there is now "land price" steel.

The second is: the steel mill price is determined, with the time dimension for the space dimension.

3. The epidemic caused the absence of demand, there is no doubt to rush to make up for classes.

4. There is a high probability of retrograde strength along the Belt and Road.

To sum up, steel prices in April are still negative walking, the upper and lower driving forces are limited, in May into the ready stage, June is expected! 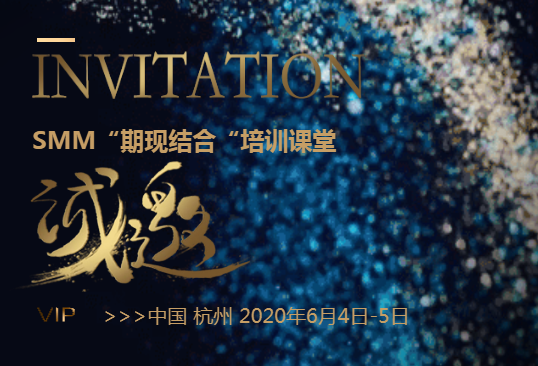