The market is generally worried about the supply of copper concentrates in the second quarter and even throughout the year. Judging from the processing fees for imported copper concentrates, it also began to reverse after mid-March. As of May 8, the SMM copper concentrate index (weekly) was at $54.21 / tonne, down more than $15 / tonne from its peak. 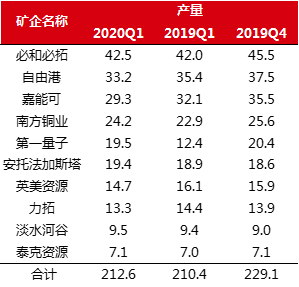