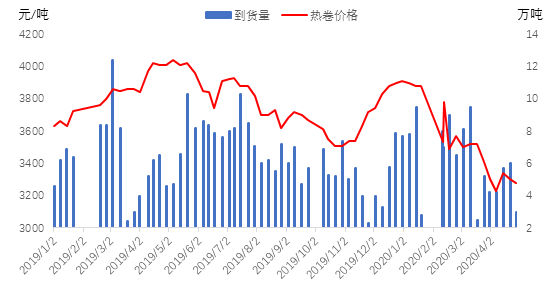 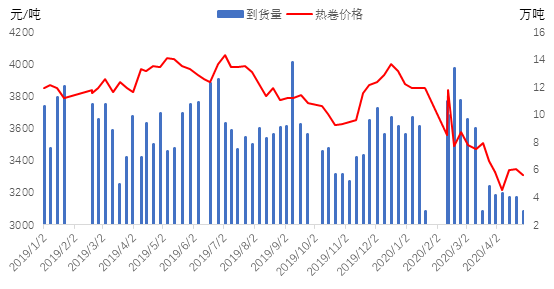 On the contrary, in the northern region of Tianjin market arrival volume remains relatively high, but strong support by their own demand (according to SMM, most of the northern terminal production and processing of more primary products, simple technology, less affected by the epidemic and exports, demand recovery is relatively fast), spot prices also remain relatively strong. Since April, the spot price of hot rolls in Tianjin market has increased by 60-70 yuan / ton. 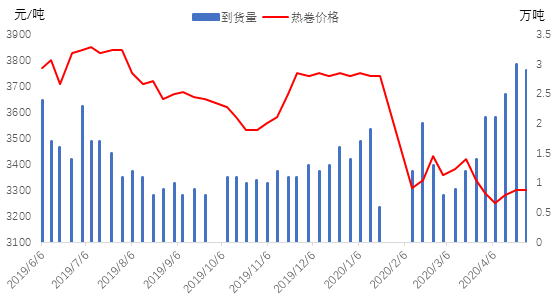 Overall, in terms of the current high inventory and terminal demand, due to the recovery of high inventory and terminal demand is less than expected suppression, the short-term north-south price gap or difficult to open, the north resources southward resistance is difficult to improve, so it is expected that the short-term Shanghai, Le from the two markets will continue to less volume, spot prices will also remain strong. In the northern market, with the increasing investment of resources, the pressure of follow-up supply intensifies, and the spot price is also under pressure.