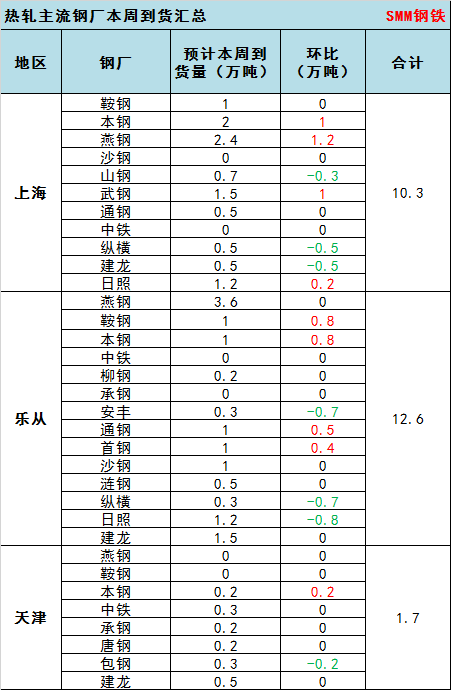 1. At the end of June, stimulated by the Tangshan environmental protection news, the spot price of hot coil continued to rise (as of June 28, the spot price of hot coil in Shanghai rose from the current low of 3740 yuan / ton to 3940 yuan / ton, close to the highest level of this round). The current basis difference gradually converges (the lowest converges to-7.50), resulting in a higher degree of speculative trade activity in Shanghai, so speculative traders place orders from locked-price steel mills, so the impact of the arrival cycle, The resources ordered at the end of June have arrived on the market this week.

Second, after the middle of June, the price difference between Lecong and Shanghai was gradually opened, coupled with the rise in spot prices of hot rolls, which made Legong market out of the hanging state step by step, so the order mood of traders picked up somewhat, and orders from steel mills increased. Therefore, under the influence of the arrival cycle, the resources ordered in the early period have arrived at the market one after another this week.

It is worth noting, however, that even if the arrival of resources has increased for five consecutive weeks, resulting in a rapid accumulation of inventories in recent weeks, putting pressure on current spot prices, there is no need to panic too much at a later stage. Because from the results of Tangshan environmental protection production restrictions, we can see that the current environmental protection implementation is indeed strict. And according to steel mill research feedback, some steel mill agreement resources have a large discount phenomenon (vertical and horizontal July order proportion discount of 40%; Hong Kong and mainland July order proportion discount of 30%; Yangang August order proportion of 40% discount), but under the influence of the arrival cycle, the reduction has not yet been reflected in the market, coupled with the approach of the October 1 parade, the later environmental protection production restrictions may continue to be strict. Therefore, it is expected that when the steel mill discount reduction is gradually reflected in the market from the end of July to the middle of August, the arrival of goods in each mainstream market may be alleviated.

[happy from the market] Resources arrived at 126000 tons this week, compared with 123000 tons + 3000 tons last week. The arrival of resources has increased slightly, and the current market spot resources are relatively sufficient, so in the case of continued accumulation of inventory, spot prices are under pressure. Among them, the main resources are Yangang, Jianlong and Rizhao.

[Tianjin Market] Resources arrived at 1.7 tons this week, unchanged from 17000 tons last week. The arrival of resources continues to be on the low side, coupled with the demand is still weak, so at present, the spot price in Tianjin may continue to follow the market trend. Among them, the main resources are China Railway, Baotou Steel and Jianlong. [SMM Steel]