Shipments from the Philippines remain in the peak period. But the onset of the wet season in some mining areas combined with the current pandemic situations have affected offloading at ports. Therefore, shipments in August are expected to have declined slightly compared to July. 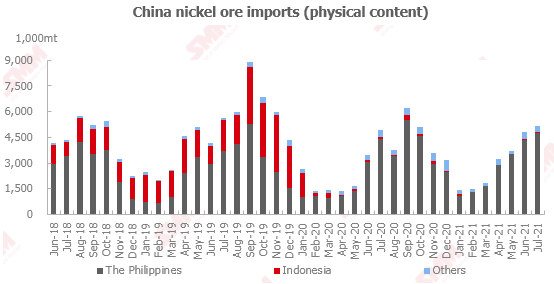