The operating rate in Henan slumped 24.6 percentage points to 41%, the sharpest decline among all regions, as the worst ever flooding has forced local enterprises to reduce or suspend production. Operating rates dropped slightly in Guangdong and Shandong, and were largely stable in other regions.

Aluminium foil: Operating rate at large aluminium foil companies fell 4.3 percentage points to 82%. The decline was bigger than in the previous week mainly because a large aluminium foil enterprise in Henan slowed down production due to the floods. Although orders at large companies are still relatively abundant even in the off-season, operating rate is lower than in the peak season. The performance of brazing foil sector remains the worst. As transportation in Henan has gradually recovered after the flood situation has eased, it is expected that operating rate in Henan will return to normal this week. 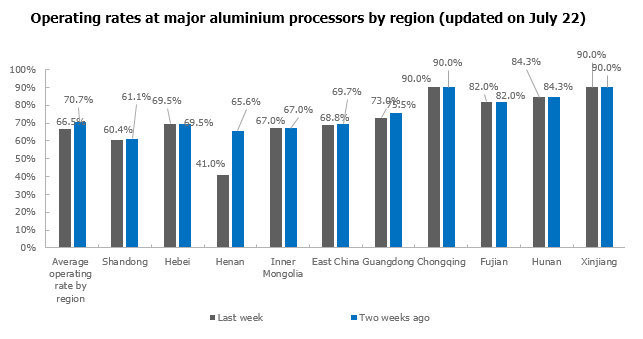 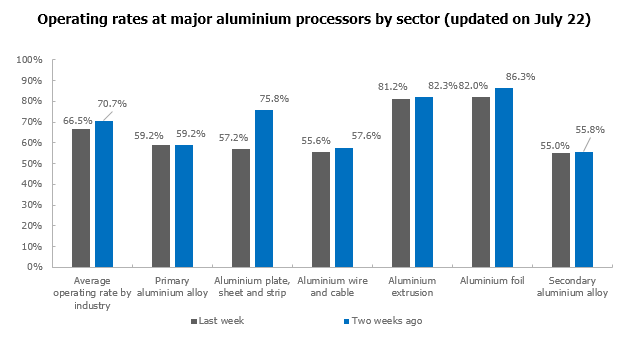