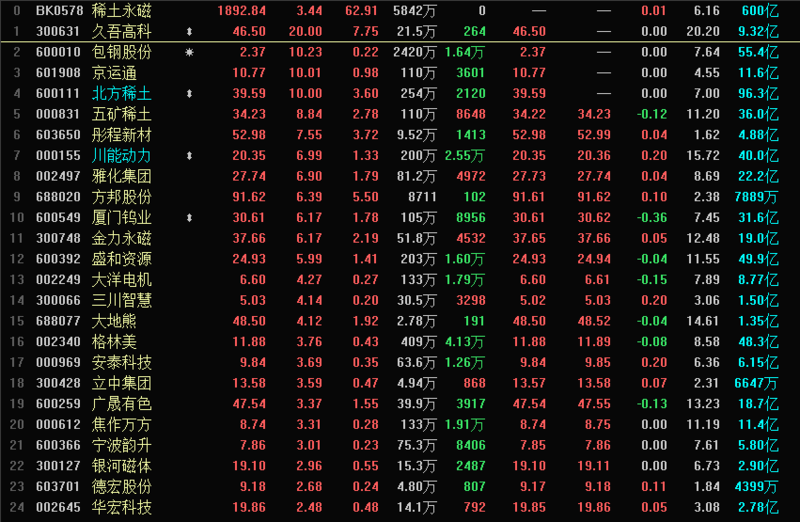 On the news side, according to SMM research, although the current situation of power cuts in various provinces is serious, it has little impact on the output of rare earths, and environmental inspectors have a greater impact on enterprises. The production of some rare earth smelting separation plants in Sichuan, Shandong and Guangdong has been reduced, and it is common to stop production for one month. In addition, affected by the epidemic, China suspended imports of rare earth minerals from Myanmar.

Soochow Securities also believes that rare earth prices hit bottom in June and ushered in a rebound for many days in a row. At the beginning of July, the stock of praseodymium and neodymium oxide in China was only 3550 tons, down nearly 20% from the beginning of the year, and was also a very low level in the past few years. With the price correction, the purchasing power of enterprise capital increases obviously, and the ability and demand of replenishing inventory are strong. Downstream demand, especially new energy vehicles, frequency conversion air conditioners and other sustained high prosperity, production and marketing are booming. Rare earth supply implementation quota system, the growth rate is limited, especially relative to the rapid growth of demand, the gap between supply and demand is difficult to alleviate in the short term. From the comprehensive analysis of various factors, it is concluded that the current round of price rise has a certain sustainability.