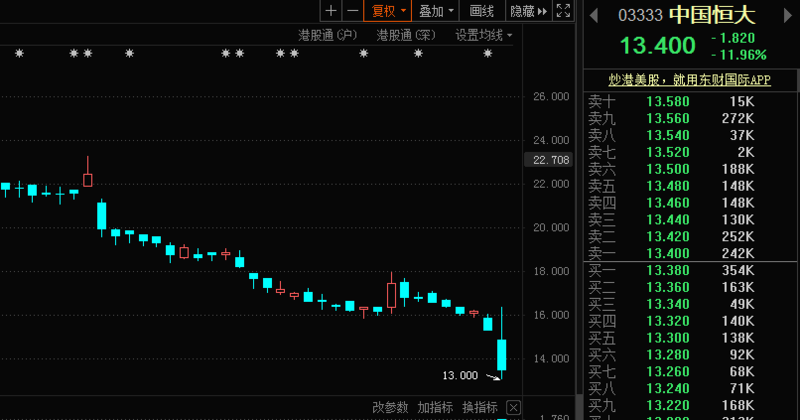 On September 24, a document on Evergrande's demand asset restructuring was widely circulated in the industry. According to the documents, Evergrande's interest-bearing liabilities reached 835.5 billion as of the first half of this year, and if the company fails to complete the asset restructuring, it may lead to a series of systemic risks. China Evergrande issued an emergency statement that night, saying that the online documents were rumors and that the company had reported the case to the public security organs.

But before this time, it was rumored that Evergrande was in a capital chain crisis, and in July, people familiar with the matter said that the delay in the payment of Evergrande's commercial acceptance involved a lawsuit between Evergrande Real Estate Beijing and another company. Foreign media have also revealed that Evergrande is burdened with huge debts. In the past, it used to repay interest by issuing bonds, but in recent years it has turned to funds for commercial acceptance of bills of exchange to pay for various expenses. It is worth noting that concerns about Evergrande's ability to repay have spread among bond investors as early as August, according to an institutional fixed income investment director. Evergrande-related bonds continued to fall throughout August, with some institutions disposing of all the accounts they could handle, and then Evergrande-related bond prices stabilized slightly, but plummeted again today. "

Evergrande's public data show that the company has been operating steadily so far this year, with sales of 450.6 billion in the first eight months of this year, an increase of 22 per cent over the same period last year. Based on the 90 per cent payback rate in the first half of the year, the sales in the first eight months exceeded 400 billion yuan, with good liquidity. At the same time, Evergrande is increasing its sales efforts in the "Golden Nine Silver Ten". If it successfully achieves its sales target of 200 billion from September to October, it is expected to achieve its annual sales target of 650 billion ahead of schedule. On Sept. 16, Evergrande also announced that it would use its own funds to repay $1.565 billion (10.6 billion yuan) of priority bills in advance.