CST
translation
Source:SMM
The lithium oxide reserve of Jiangxi Yichun mine resources is about 5 million tons of lithium carbonate equivalent, which is the largest lithium mica mining area in the world. With the development of lithium extraction technology of lithium mica, production equipment transformation and project extension, the production capacity is expected to increase by more than 20% in the future.

The lithium oxide reserves of Jiangxi Yichun mine resources are about 5 million tons of lithium carbonate equivalent, which is the largest lithium mica mining area in the world, accounting for 34% of the national lithium resources reserves and 9% of the global lithium resources reserves. There are two kinds of lithium ore resources in Yichun: one is open-pit lithium ore, which has high weathering degree and large mica sheet, and now it can separate high-grade lithium mica concentrate to realize industrial production; the other is underground lithium-bearing porcelain stone ore. This kind of ore is buried deep, the mica sheet is fine, and it is difficult to separate. Because it is difficult to separate, this kind of ore is only used in the glass and ceramic industry, and the resources can not be fully utilized. According to SMM research, many salt plants in Jiangxi Province, with lithium mica lithium extraction technology as the core, have achieved a total production capacity of more than 80000 tons of lithium carbonate, an increase of 17% over the same period last year. With the transformation of production equipment and the extension of the project, the production capacity is expected to increase by more than 20% in the future. 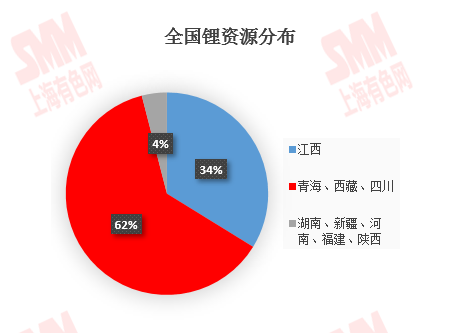 Lithium mica has the advantage of lithium extraction cost, and large-scale development is in progress.

According to SMM research, the annual production capacity of lithium carbonate manufacturers in Jiangxi accounts for about 20% of the country, 53% of which use lithium mica lithium extraction technology, and the raw material cost is about 65% of lithium extraction from lithium concentrate. At the same time, its semi-raw ore can produce high value-added potassium, rubidium, cesium and other products, which can greatly improve the profits of lithium mica mineral processing. Through the continuous optimization and improvement of engineers and technicians, the lithium extraction process of lithium mica is stable, mature, highly automated and of high quality, which meets the quality needs of customers of ternary, lithium iron phosphate, lithium manganate, lithium cobalt and other battery materials. In order to meet the growing market demand, ease the tight supply situation. The recycling of waste power batteries has formed a scale, and the industrial system has all the links from disassembly to resource treatment to realize the extraction process of all metals from lithium-ion batteries. Mainstream products include nickel sulfate, cobalt sulfate, manganese sulfate and lithium carbonate. With the gradual infiltration of the new energy power industry in the future, the recovery of power batteries will increase greatly, which will become another strong support on the new energy raw materials. 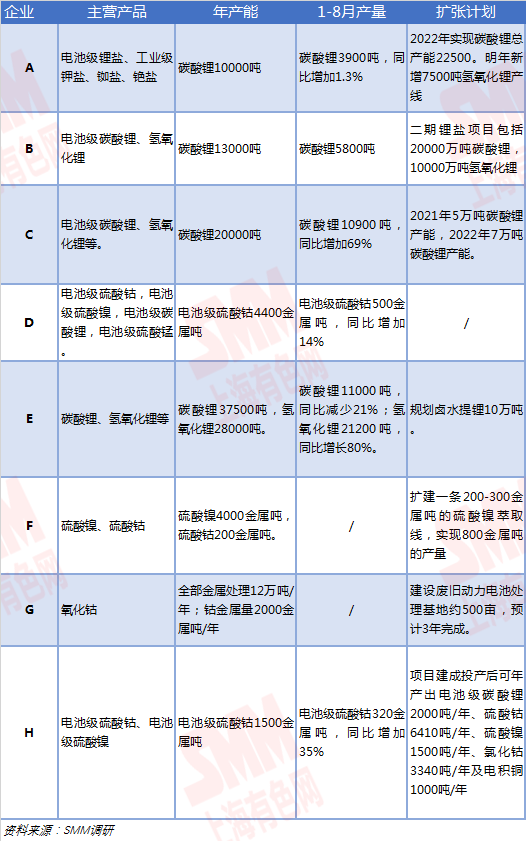 Lithium price is under pressure, reducing from the end of the process can alleviate the operating pressure.

The price of lithium carbonate is currently at the end of three years, resulting in a lot of pressure on enterprises. In the third quarter, the production and marketing of downstream terminal new energy vehicles gradually recovered, leading to an increase in the output of domestic cathode material enterprises. Among them, the growth rate of lithium iron phosphate and ternary materials is obvious, the domestic small power market recovered smoothly, the output of digital ternary market increased, and the output of 5 series ternary materials, lithium cobalt and lithium manganate increased slightly. Most manufacturers feedback that their willingness to increase prices is relatively strong, but the overall balance of supply and demand in the market is still in a state of oversupply. According to the feedback of some downstream materials enterprises, the cost pressure makes them bargain a lot on lithium carbonate, and they think that the price of lithium carbonate may still be in a stable state. In August, the domestic output of lithium carbonate increased by about 12.6%. Lithium salt manufacturers also gradually expanded the output and quality of lithium salt products with the advantages of equipment renewal and technology research and development. Based on technological breakthroughs, some manufacturers can save 6000-8000 yuan / ton from the purification of lithium carbonate in one-step production of lithium mica.

The price of lithium salt has been falling continuously in the past three years, and the structure of supply and demand suppresses the upward force. 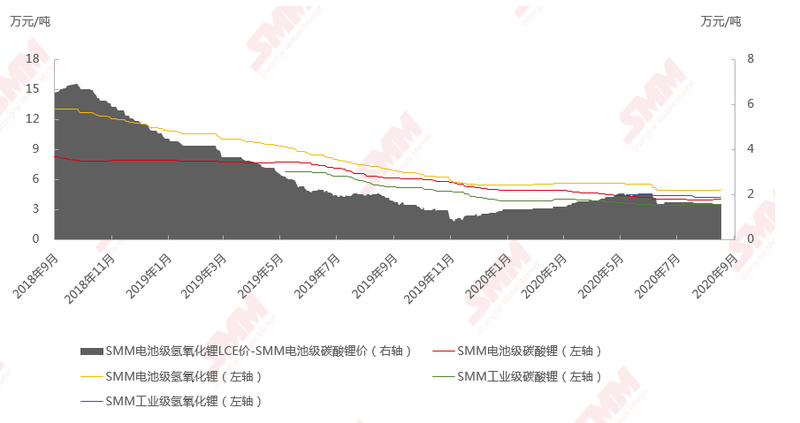 Recently, the price of SMM battery-grade lithium carbonate has remained stable. On the demand side, the competition in 3C digital market is fierce, the demand for raw material cost control is high, the bargaining power of power battery enterprises is strong, it is difficult to transmit downward after the quotation of upstream lithium smelter is raised, and the price is stable. The demand for lithium salt used in ternary materials and lithium iron phosphate has increased, and the shipments of lithium salt factories in Jiangxi and Qinghai are good. However, at present, the balance between supply and demand tends to be high in inventory, which makes it difficult for prices to rise.

The price of battery-grade lithium hydroxide has remained stable in the near future. The purchasing prices of large downstream material manufacturers are stable, and there is no obvious increase in overall demand, but the concentration of supply and demand is relatively high. Front-line suppliers are optimistic about the expected demand for lithium hydroxide in the future, and they are willing to raise prices strongly, and prices may remain stable in September.