CST
smm insight
Source:SMM
China’s tricobalt tetraoxide output continued to increase in August, but may gradually decline in September due to the low season. Downstream demand is likely to fall sharply in Q4.

SHANGHAI, Sep 9 (SMM) —China’s tricobalt tetraoxide output continued to increase in August, but may gradually decline in September due to the low season. Downstream demand is likely to fall sharply in Q4. 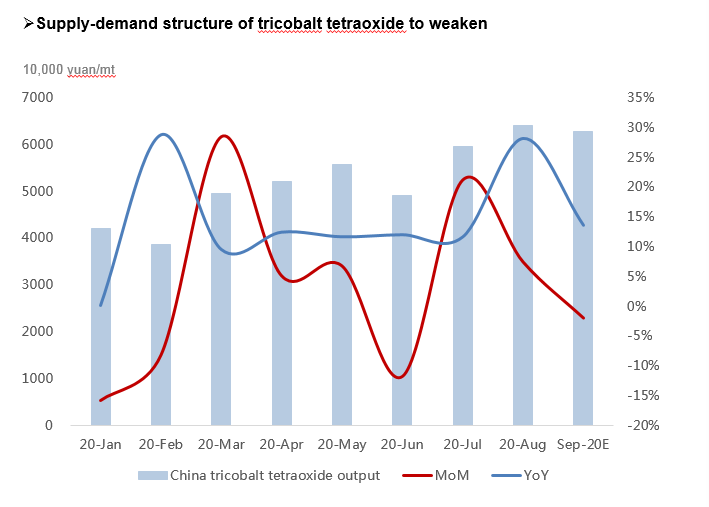 China’s tricobalt tetraoxide output continued to increase in August, but may gradually decline in September due to the low season. Downstream demand is likely to fall sharply in Q4.

Tricobalt tetraoxide prices are likely to fall amid weaker demand, but cost support may limit the downside room. The spread between low-end and high-end prices is expected to gradually narrow. 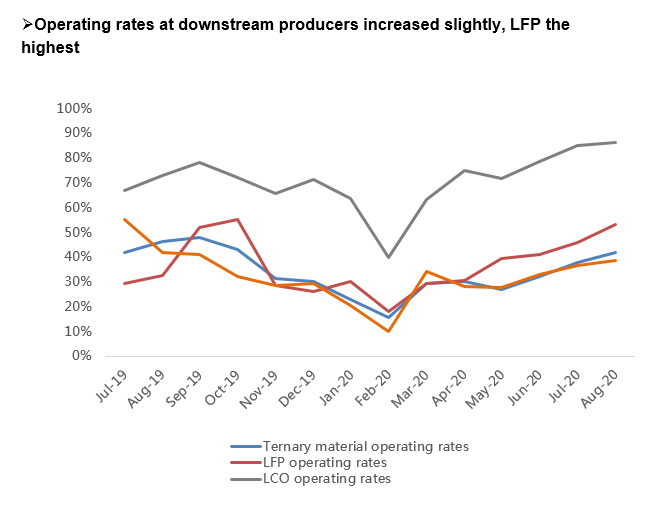 Operating rates at ternary materials and LMO producers rose slightly. Operating rates at LFP producers rose month on month and year on year in August amid increasing demand from motive power market. Lithium salt prices are expected to go up slightly amid slight rise of demand from downstream buyers, full-capacity output at major LFP plants in Q3, and reluctance to accept higher prices of raw materials by buyers. 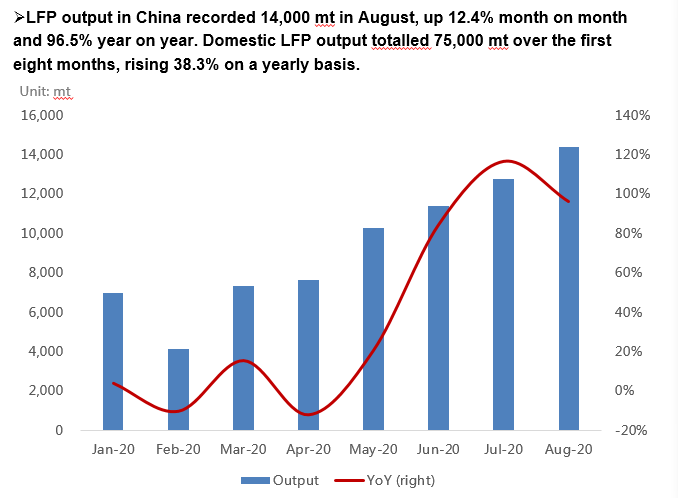 China’s LFP output continued to increase in August as growing demand from the motive power market encouraged major producers to operate close to full capacity. Demand from domestic and overseas energy storage sectors also increased. LFP output is set to rise significantly in 2020 from 2019, driven by increasing demand from 5G base stations and increasing share of LFP batteries in new energy passenger cars. 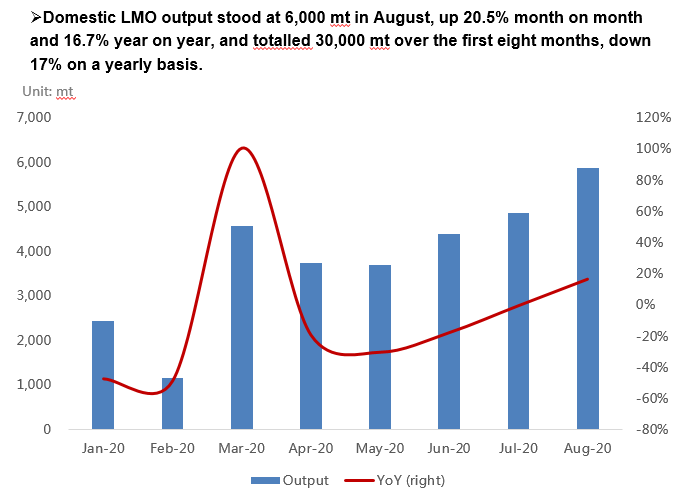 The output of LMO increased on the month in August amid rising demand from downstream digital and motive power markets. Besides, September and October are the high season of digital products. LMO exports to India are disrupted amid COVID-19 pandemic and the deterioration of Sino-Indian relations.

China’s LCO material, battery exports to decrease in May as coronavirus hits demand
Demand for Chinese lithium cobalt oxide (LCO), a type of cathode material used to produce lithium batteries, could fall 40% in May, SMM estimates. This is against the backdrop of the coronavirus crisis overseas, which has led to steep declines in China’s export orders and prompted domestic smartphone makers to mull output cut.

Exclusive SMM analysis: High-nickel ternary materials vs LFP batteries, which will be leading the development trend in the next three years?
Tesla is likely to use lithium iron phosphate (LFP) batteries from CATL in Tesla Model 3 vehicles made at its China plant, which triggered talks about future development of LFP and ternary batteries.

Demand recovery for cobalt, lithium may see a-week delay on coronavirus impact
Most other battery mills said they would not reopen before February 10, as required by local governments amid coronavirus outbreak