SMM7, March 30,: Agnico Eagle Mines Ltd. The person in charge said that the price of gold still has a lot of room to rise. The company CEO Sean Boyd said that even if the price reached $2500 within two years, it would not be surprised, because there is still a lot of uncertainty.

The impact of the epidemic on the global economy has consolidated gold's position as a safe haven, prompting investors to pour in. At the same time, as geopolitical tensions are rising, real interest rates have fallen, the dollar has weakened and governments and central banks around the world have introduced extensive stimulus measures to boost the economy, the price of gold has soared. spot prices are on track for their biggest annual rise in more than a decade.

The Toronto-based mining company said Wednesday in its second-quarter results that seven of its mines were either temporarily closed or activity was reduced in the second quarter. Fortunately, as a result of successfully persuading the governments of Canada and Mexico that the mining industry was essential, the shutdown was shorter than the miners initially expected.

Agnico Eagle Mines Ltd. An overview of output in the second quarter and half a year 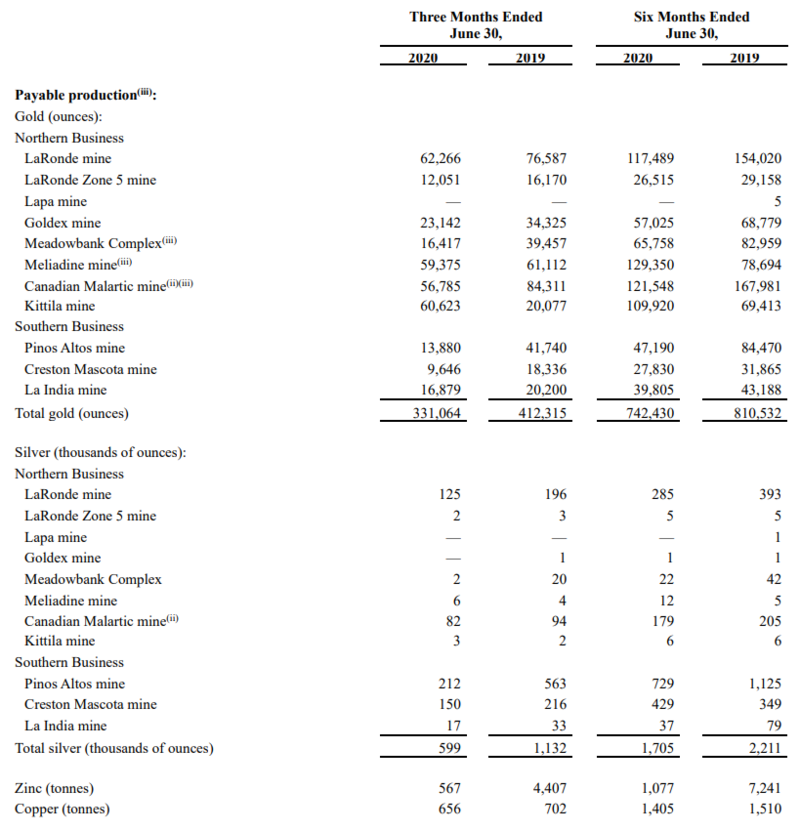