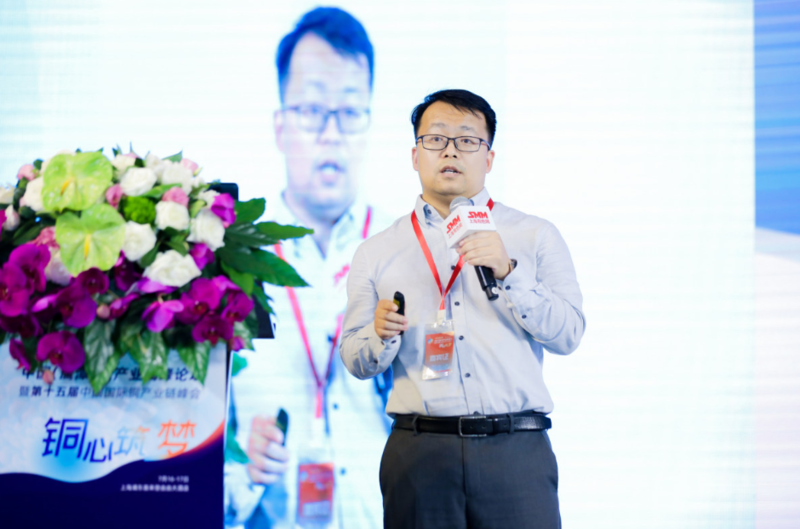 Global copper production under the influence of epidemic situation

Copper production by the world's major mining companies fell 0.6 per cent in the first quarter of 2020 compared with the same period last year, with limited recovery in the later period.

So far, mining companies such as Freeport, Rio Tinto, Antofagasta and Vale have all cut their full-year production forecasts. According to estimates, the output of overseas copper mines affected by the epidemic reached 333500 tons, and the output affected for the whole year is expected to be about 450000. 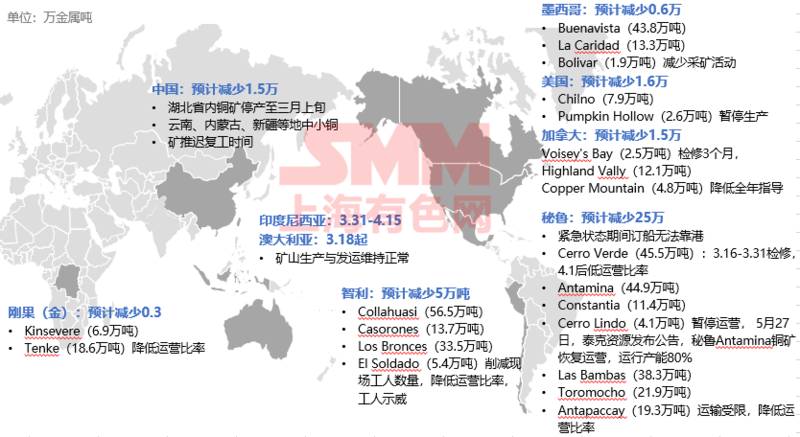 Output and distribution of copper concentrate in China

Between 2020 and 2021, the world is expected to add 1.39 million metal tons of copper concentrate capacity, mainly in Indonesia and China, accounting for 45 per cent of the total.

The overseas epidemic continues to spread, economic operation is blocked, the process of projects under construction slows, and in response to the decline in income, some mining companies began to cut capital expenditure, affecting the supply of medium-and long-term copper mines.

According to the China Mineral Resources report 2019, the national copper reserves are 114.43 million tons, and the company's copper resources reserves are about 57.25 million tons in 2019, mainly distributed in Yunnan, Inner Mongolia, Jiangxi, Tibet and other regions.

There are more small and medium-sized copper deposits in China, and there are few large and super-large copper mines; the average grade of domestic copper resources is about 0.8%, and the proportion of copper reserves with a grade of more than 1% is not high; the mining conditions are relatively complex.

The new output of future copper projects will mainly be in Tibet, Heilongjiang and Yunnan, of which Tibet accounts for 68% of the increase.

With the mitigation of the epidemic and the commissioning of new expansion projects, global copper concentrate production is expected to resume growth in the future, an increase of 470%.

In 2019, the 90-percentile line of the world's copper mines is around 5200 US dollars per tonne, and the center of gravity is expected to shift downward in 2020 due to the fall in oil prices.

In the cost distribution, Chinese mines above the 90 quartile account for more than 50%, mainly some small and medium-sized mines. In 2019, the weighted average cost of China's copper mines after deducting by-product income was 27000 yuan per metal ton, an increase of about 1200 yuan per ton compared with 2017.

The production cost of copper concentrate in China is on the rise for the following reasons: 1. The mine grade decreases year by year, and the mining depth increases 2. Labor costs have increased by 3. Affected by environmental factors, the cost of pollutant treatment and investment in environmental protection equipment increased. Global copper mine costs will continue to rise

Inflation: although energy and other prices affected by the epidemic fell sharply in 2020, the cost will continue to rise as energy and manpower enter a new inflation cycle in the future.

Raw ore quality: the global high-quality copper resources have been basically carved up, and the taste of mining raw ore continues to decline year by year.

The investment route of Chinese enterprises in foreign copper mines

Although the proven reserves of the DRC copper deposit account for a relatively low proportion in the world, the copper ore grade is high and the degree of development is low, so it has the potential to increase reserves and production, so it has attracted a large number of Chinese enterprises.

At the same time, Africa is an important partner of the Belt and Road project.

The development of Chinese enterprises' projects in Africa is mainly affected by infrastructure, environmental protection, electricity, taxation, geopolitics and other factors.

The Las Bambas copper mine in Peru, jointly funded by Minmetals Group, Guoxin International and CITIC Metals, is the largest copper project built by Chinese enterprises abroad, with an annual output of about 400000 tons of copper concentrate.

The projects of MCC and Jiang Copper in Afghanistan are moving slowly, which is affected by the local political environment, cultural relics transfer, environmental protection and other problems, causing frequent stagnation of the project.

Scan the code to apply for admission to the SMM Copper Industry Exchange Group: