Domestic trade: the planned volume of domestic trade is 9.1004 million tons, an increase over the previous month;

From the point of view of different regions, the output of northern steel mills is particularly significant, that of East China steel mills is slightly increased, and that of steel mills in central and southern and western regions has been reduced. Among them,

Central and southern region: the planned volume of hot rolled coils totaled 1.45 million tons, down 1.36 percent from the previous month. No exports this month;

Western region: the planned volume of hot rolled coils totaled 286000 tons, down 15.88 percent from the previous month. There is no export this month; 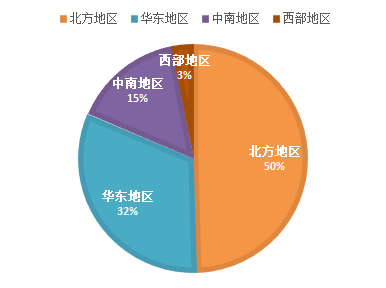 To sum up, the planned volume of hot rolled goods in May and April increased obviously, mainly due to the resumption of maintenance and production in steel mills and the increase in cold heat transfer. Among them,

Maintenance and recovery increment: according to SMM statistics, the total increment of maintenance and recovery steel plant is about 250000 tons. Although the impact of the new maintenance is 325000 tons, but under the hedging of the new rolling line (vertical and horizontal steel mills put on the 1450mm hot rolling line in May), the impact is only about 150000 tons. Contributed to an increase in planned production in May.

Cold transfer heat increment: affected by the export restrictions of home appliances, automobiles and other cold rolling terminal enterprises, the demand of cold rolling terminal has dropped sharply, the price has fallen sharply, the price difference between cold and heat has continued to shrink, and the cold system production has entered a loss. At the same time, in May, the cold rolling order of steel mills weakened further, resulting in most qualified steel mills to reduce the production of cold rolling and increase hot rolling. According to SMM statistics, cold rolling production was reduced by about 350000 tons in April and nearly 550000 tons in May, nearly 200000 tons more than in April. This reduction was basically converted into sales of hot rolled commercial materials, which led to an increase in the planned output of hot rolling in May.

It is worth mentioning that although the domestic supply of hot-rolled coils increased in May, there is no need to worry too much. This is mainly due to the fact that domestic demand is still on the rise in May, especially in terminal enterprises such as construction machinery, pipe mills and heavy trucks related to infrastructure and real estate (see SMM Hot Rolling Weekly for details of terminal requirements). Superimposed on the recent situation of warehouse reduction, the speed of removing the warehouse is very considerable, which has a significant boost to market confidence. At the same time, a number of domestic policies to expand domestic demand have been issued, so even if the output of steel mills increased in May, it is not enough to completely suppress the hot rolling spot price, so it is expected that the hot rolling price in May will fluctuate strongly under the support of demand.