Glencore reported that it produced 388000 tons of ferrochromium in the first quarter of 2020, down 14000 tons from the first quarter of 2019 and 3 per cent year-on-year. In the 2020 production guidance, ferrochromium production decreased by 340 kt (25 per cent) to 1000 tons, mainly due to the suspension of operations from 26 March 2020 and a phased restart on 1 May, in accordance with the South African national blockade.

"Click to view details: [quarterly Bulletin of Mines] Glencore: Q1 ferrochromium production in 2020 is down 3% year on year, annual production guidance is down 25%. 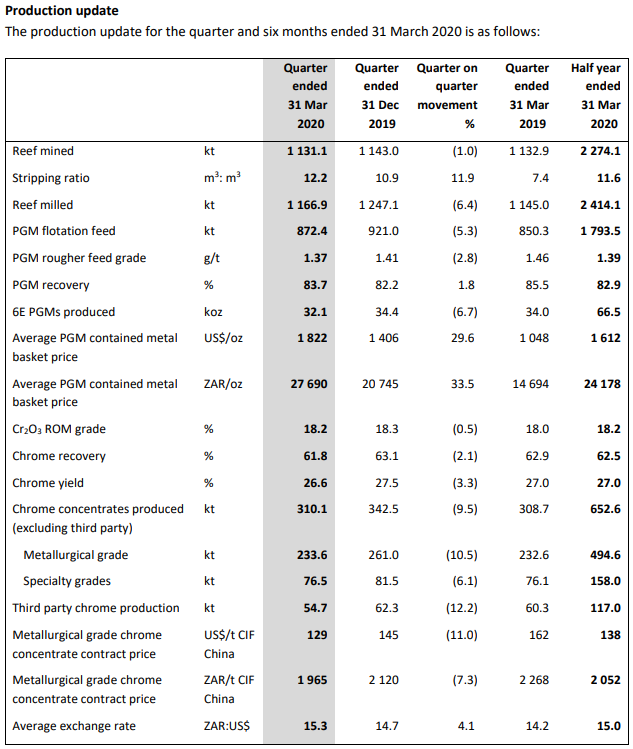 Manganese alloy to remain reliant on imported ore despite domestic reserves
More than 1.1 billion mt of manganese mineral reserves were explored across the country during 2011-2018