Due to weak steel prices and declining steel productivity in developed countries, the Group continues to take advantage of its proximity to the growing steel market in Southeast Asia. In the long run, infrastructure is expected to grow with the rapid growth of urbanization in the region.

During the year, the ore price in the manganese ore market showed a downward trend. Despite strong demand for high-grade manganese ore in China, the emergence and upsurge of manganese ore has led to an increase in inventories at Chinese ports, driving down global ore prices. The temporary disruption of ore supply at the Bootu Creek mine led to a decline in ore trading volume in 2019. With the resumption of mining activities in late December 2019, this is expected to return to normal by 2020.

OM (Manganese) Ltd is a wholly owned subsidiary of the company and one of the core business of the group. Its main business is to explore and mine manganese ore in Bootu Creek mine. The Bootu Creek mine is located 110km north of Tennant Creek in the Northern Territory of Australia. The exploration and follow-up development of the Bootu Creek project began in September 2001. Mining operations began in November 2005 and the first batch of ores were disposed of in April 2006. The main minerals are located in the Bootu Creek area and are the basis of mining and processing operations, and currently defined mineral resources and ore reserves have been identified. 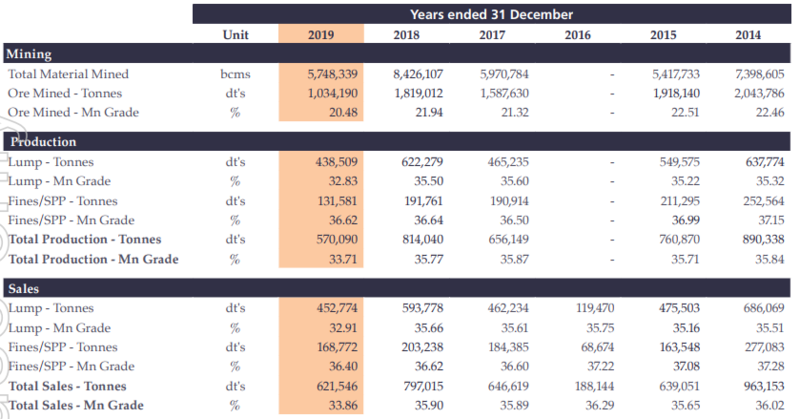 The metallurgical test of Bootu Creek manganese ore ultra-fine powder processing facility has been completed in laboratory scale and field pilot plant, which shows that the waste from Bootu tailings and heavy medium separation plant can be retreated. This can be achieved through an independent ultra-fine powder production line to produce 37% manganese products that can be sold. In the first quarter of 2020, the lire plant with an annual capacity of 250000 tons was put into operation. 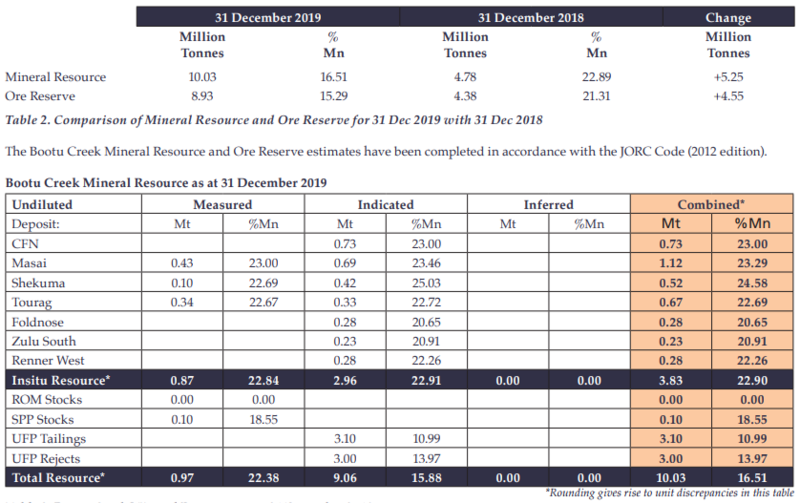 The Tshipi Borwa mine is an open-pit manganese mine that began production in October 2012. In 2019, a total of 3432058 tons of manganese ore were exported.

"Click to view the original text of the official 2019 report