According to SMM, the performance of the overall overseas receipt of electrolytic manganese in April is not optimistic. Some foreign traders believe that many foreign countries are seriously affected by the epidemic. Although there are enquiries, the actual trading volume may be reduced by about 30-40% month-on-month. At the same time, it is expected that the total export of manganese products may drop to about 15,000 tons in April. Posco in South Korea has announced a bidding plan for electrolytic manganese in May, with the purchase volume significantly reduced by 1805 tons compared with the previous month, but the overall procurement pricing in May did not show a significant decline, and there was a steady and moderate upward trend. Some manganese plants said that the increase in prices in the short term was mainly due to the gradual increase in production costs, such as ore, sulfuric acid, and other raw materials, supporting the spot quotation. Although the purchase pricing of individual domestic steel mills at the beginning of the month exceeded the scope of the manufacturer's willingness to ship, it did not further lower the mainstream average price in the market, so it can be seen that manganese prices continue to operate steadily in the short term.

The operating rate of manganese plants in the Manganese Triangle and Guangxi region in mid-late April has increased steadily compared with the previous month. By Thursday, the total daily output of electrolytic manganese in China may reach 40004100 tons. Some related operators say that the proportion of exports is gradually shrinking, and the demand and procurement of steel mills in the lower reaches of China has become the main concern of the market. However, according to SMM, the monthly spot of electrolytic manganese has not reached the balance between supply and demand, and the spot market is still slightly surplus. But the cost strongly supports the manganese price temporarily stable has the obvious fall price.

The price of 200 series steel in the lower reaches has risen to 300 yuan / ton since mid-April. As of Thursday, the 201 cold rolling coil price in Xifu has been maintained at 7000-7100 yuan / ton. The main reason for the increase in steel prices is due to the sealing of mainstream steel mills, the rising voices of steel prices among agents and traders in the field, and the obvious optimistic improvement in the downstream pick-up atmosphere compared with March. However, some traders have also expressed concern about the trend of 200 series steel prices in the later period. It is considered that it is difficult for the downstream quantity and atmosphere to effectively support the stable and high operation of steel prices in the long term. In the short term, it is expected that 200 series steel will still be shipped flexibly, with a slight correction of 50-100 yuan / ton to promote transactions. 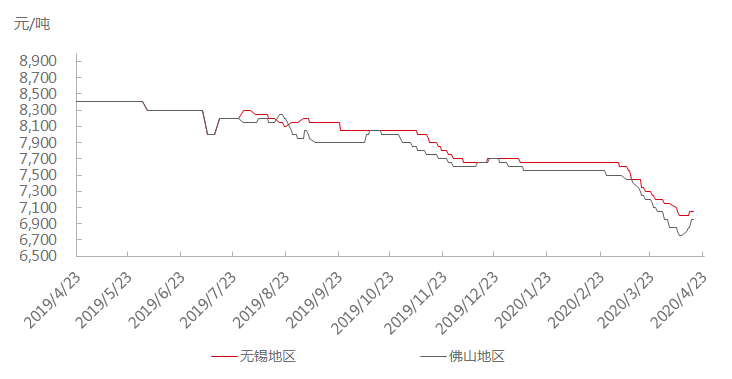