Production data for the first quarter of 2020 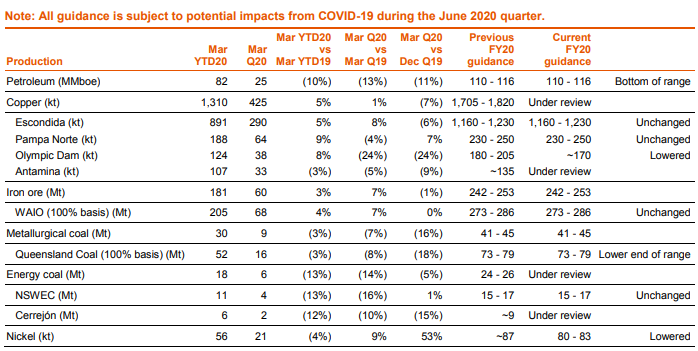