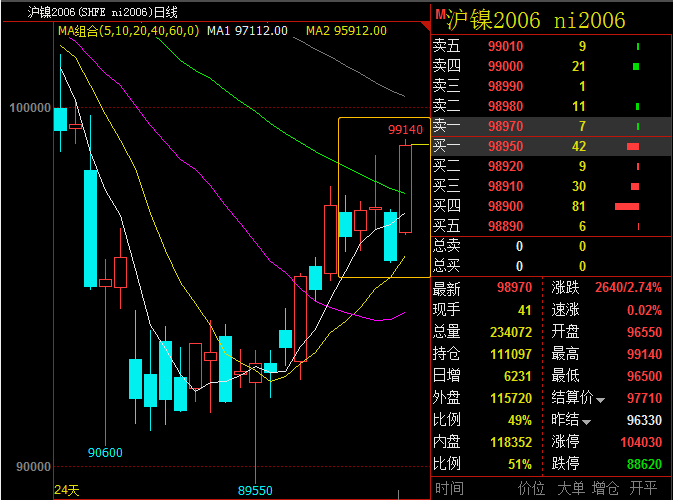 In news this week, Panoramic Resources has suspended operations at the Savannah nickel mine in East Kimberley, Western Australia, due to the continuing impact of the outbreak. The temporary shutdown has affected many aspects of Savannah (Savannah) operations, including transportation, personnel availability and the cost of equipment and supplies. Panoramic said the suspension in Savannah would help retain cash and that the company would review its financial structure when the mine resumed operations. In addition to suspending operations, Panoramic withdrew production and cost guidance and suspended trading in its shares on the Australian Stock Exchange until its future plans for its Savannah nickel mine were finalized.

Spot supply and demand fundamentals, Jinchuan nickel, with the recent more than 1000 tons of Jinchuan nickel have been sent to Shanghai, at the same time manufacturers appropriately lowered the ex-factory price, traders have actively received the goods, the supply side is temporarily more adequate. As a result, Jinchuan nickel rose to 1100-1300 yuan / ton on the 2006 contract. However, as it is nearing the end of the month, manufacturers are expected to reduce their daily shipments of No. 1 nickel next week. At the same time, Jinchuan Company has recently sold a new product nickel bar to the market, the quality and packaging are the same as Jinchuan No. 1 nickel, but at present it can only be received in Gansu. It is expected that the rising water in Jinchuan in the future may remain between 1000 and 1500 yuan / ton for the 06 contract.

As for the import of nickel, due to the weak import price in the near future, there is little import of nickel plate customs clearance. The overseas epidemic has affected the shipping of goods, and the Russian nickel bills of lading of many traders have been postponed to the end of April before they can arrive in Hong Kong, or there may be a concentration of goods. It is reported that Sumitomo nickel, due to manufacturers overseas mines affected by the epidemic situation, the current domestic bonded area Sumitomo nickel inventory and bill of lading quotation.

On the domestic side, pure inventory is stable to the warehouse, although the warehouse receipt has dropped by nearly 10,000 tons since February, but compared with the current demand for nickel plates, there will be no shortage for the time being. SMM expects that from next week, nickel terminal manufacturers will gradually enter the May Day holiday stock stage, but nickel prices have stabilized in the near future, is expected to hit the upper 100000 yuan / ton level, or will have a certain restraint on downstream purchasing efforts.