CST
translation
Source:SMM steel
Today, rebar futures out of the first dive and then continue to go up, the last straight line up nearly 100 points, so that a large number of short positions are buried again, we not only have to ask, under the pressure of such a high supply of steel, high inventory, why is rebar futures so "rigid"? Is there a basis for rising trends in the future?

Today, rebar futures out of the first dive and then continue to go up, the last straight line up nearly 100 points, so that a large number of short positions are buried again, we not only have to ask, under the pressure of such a high supply of steel, high inventory, why is rebar futures so "rigid"? Is there a basis for rising trends in the future? 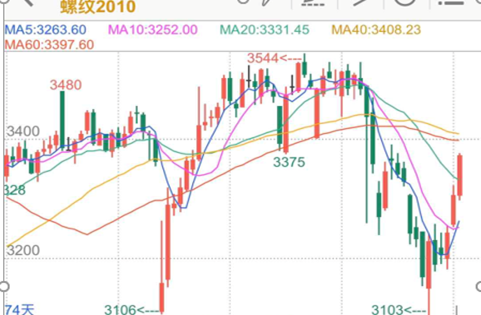 After carefully combing through the fundamentals, it is not difficult to find that the pattern of supply and demand of rebar is not as out of balance as we have seen on the surface. Although the supply continues to pick up, the growth rate of consumption is stronger. The weekly average trading volume this week is 37.3% higher than that of Dafu last week. It is obvious that there is a significant volume on the demand side. Supply-side growth was only 6.6 per cent, far behind the pick-up in demand.

From the late supply recovery space, according to SMM research, some areas, such as East China and Southwest independent electric arc furnace steel mills have almost full production, on this basis, there is little room to continue to increase production significantly. For long-process steel mills, this has been maintained at about 83% of the high operating rate, the space for further increase in production is more limited, it can be said that the reality of high supply has been fully reflected in the current disk. In addition, scrap prices show signs of stopping falling, but also a certain boost to market confidence. Recently, the price of scrap has fallen continuously, causing the market to worry about the collapse of the cost end. However, with the recent rise in the operating rate of electric furnace, the demand for scrap has increased. The daily consumption of scrap in independent electric arc furnace this week is 4000 tons / day higher than that of last week. After the price of scrap falls, the performance-to-price ratio has improved, and the willingness of long-process steel mills to add scrap has also increased. Scrap supply and demand is gradually moving towards a new balance, scrap prices show signs of stabilizing. 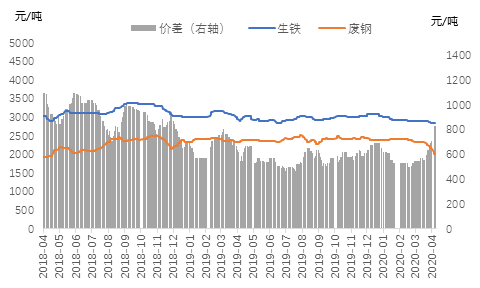 Macro side benefit good frequency, market confidence has been restored. In the near future, OPEC + reached an agreement to reduce production, the central bank reduced the standard, the domestic new crown vaccine entered the second round of clinical trials, and Wuhan lifted the control measures of leaving the Han and Hubei passageways 76 days after the closure of the city, restoring external traffic and so on have all boosted market confidence. So since there are so many factors, can the steel market form a trend rise? The author believes that we do not see such conditions for the time being. After all, in the medium term, affected by the epidemic this year, the global economy will decline significantly. The International Monetary Fund expects the global economy to experience the worst recession since the Great Depression in 2020. In terms of data, unemployment in developed countries has begun to rise sharply. On April 9, the United States announced a record 6.606 million initial claims for unemployment benefits, much higher than during the Great Depression of the 1930s.

At present, the epidemic has spread to more than 1.6 million countries around the world, the number of infections has exceeded 1.6 million, the spread of the virus has far exceeded expectations, and the situation in some underdeveloped countries (such as India) is worrying. On the one hand, the population density is relatively high, on the other hand, the number of medical resources is insufficient. At present, the number of infected people in India has exceeded 5000, and it has spread to local slums, and it may get out of control at any time. Other countries with better epidemic control are at risk of being reverse imported in the future, which will greatly delay the end of the epidemic. In the next 1-2 quarters, Chinese exports are unlikely to be optimistic, and it will take some time for downstream domestic steel demand to recover from the epidemic, which will be a drag on the medium-term performance of steel prices.

However, in the short term, in the context of marginal improvement in supply and demand, macro positive, steel prices still have room for upward, but to break through the shock range and further uplink still need to be stimulated by further positive factors.

Strong opposition to US tariffs on steel, aluminium: China Ministry of Commerce
China warned that it will take a strong stance to protect its interests against US President Donald Trump's tariffs on steel and aluminium imports.