As of April 7, according to SMM's current public information and research statistics, the output of building materials affected by the overhaul of steel mills in April was 730800 tons, an increase of 97200 tons over the overhaul impact in March (633600 tons). The current 73.6 per cent overhaul is focused on East China (53 per cent) and North China (20.6 per cent), where inventory pressure is more pronounced (as of April 2, according to SMM, social coffers in both East and North China were nearly twice as high as last year). 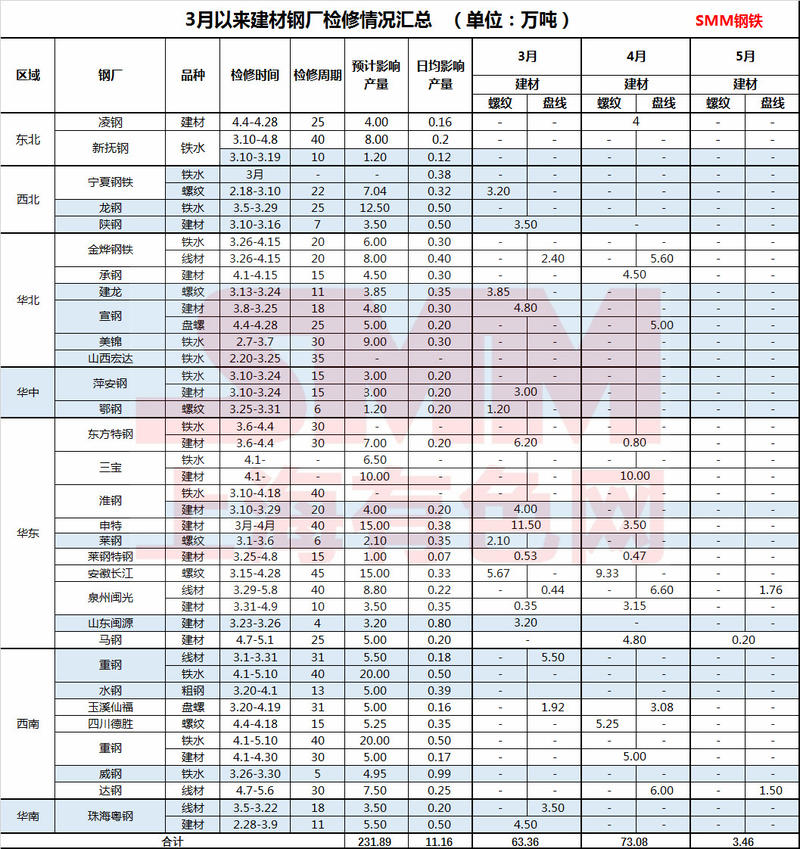 However, at present, the thread profit is 200-300 yuan / ton higher than the hot coil, the enthusiasm of most steel mills to produce threads is still relatively high, and some steel mills carry on the operation of hot metal steering. Even if the impact of maintenance has increased compared with March, it is still difficult to fully hedge the increment caused by the turn of molten iron and the pick-up in the operating rate of electric furnace plants, so the supply pressure is still on the rise in April.