SMM10 8: China Castle Peak Holdings Co., Ltd. may be the main force behind the record decline in LME nickel inventories, according to people familiar with the matter last week. The company, the world's largest stainless steel maker, buys nickel to secure supplies before Indonesia imposes a ban on nickel ore exports.

Currently, Castle Peak is working with financing banks, including JPMorgan Chase, which estimates purchases range from 30000 to 80000 tons. Castle Peak is also a leading producer of nickel pig iron, and in order to address the possible supply gap, Indonesia needs to provide raw materials for its factories when exports are cut. A spokesman for Aoyama and JPMorgan Chase could not be reached for comment.

Since early September, when Indonesia confirmed plans to impose a ban, other traders and consumers have been scrambling to snap up nickel, but last week's move was surprising. Nearly 25000 tons of nickel left the warehouse, a record decline in 40 years of history, according to LME data. The spot price of $17906 a tonne on Friday was worth about $450 million. Inventories fell another 7440 tons on Monday and 8166 tons today. According to LME's order records, another 75000 tons of nickel are also scheduled to be delivered.

On the first day after the festival, LME nickel stocks fell another 8166 tons, the biggest drop on record. Since late September, Lunni stocks have continued to decline, falling for eight consecutive days to 117522 tonnes as of today (October 8). In terms of futures, Shanghai nickel opened high and walked low in early trading, but rebounded around 10:30 and gradually recovered the lost land. by the end of the day, Shanghai nickel closed at 136970 yuan / ton, up 0.01%, from green to red. 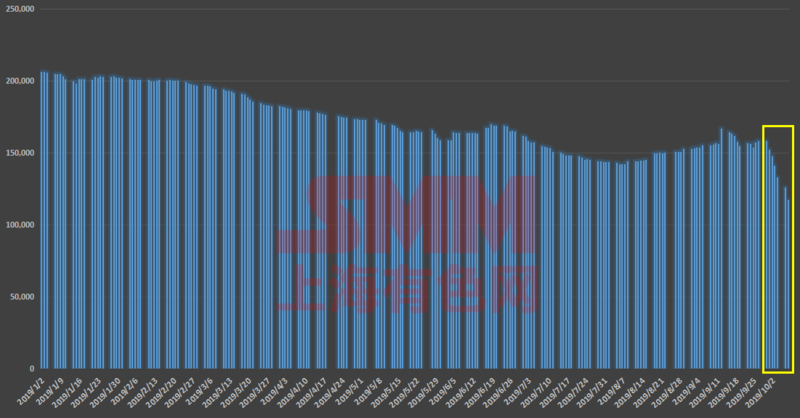 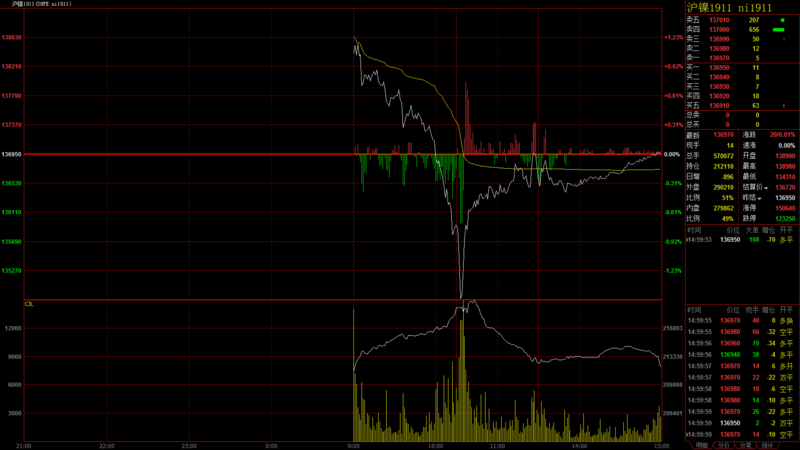