CST
translation
Source:SMM
According to SMM, the recent copper spot market quotation has been high, this week the market spot discount is basically strong in Shengshui 10-Shengshui 60 yuan / ton, and the market holders are less willing to adjust the price.

According to SMM, the recent copper spot market quotation has been high, this week the market spot discount is basically strong in Shengshui 10-Shengshui 60 yuan / ton, and the market holders are less willing to adjust the price. 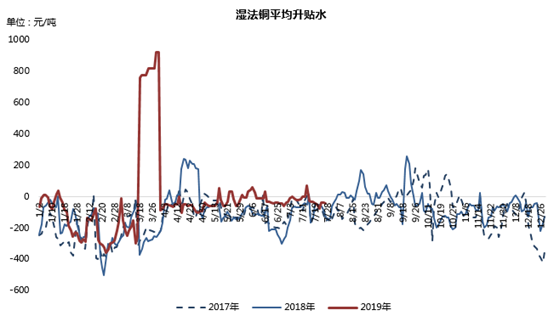 According to SMM research, most downstream processing enterprises said that due to the impact of weak terminal demand, the off-season of demand this year seems to have come earlier than in previous years, and as a result of entering the high-temperature off-season, the downstream processing end has entered a period of high-temperature production reduction, the demand for electrolytic copper has weakened, the market transaction atmosphere tends to be light, and the spot market quotation is difficult to hold up high. SMM believes that the current copper price has been at a relatively low level, the absolute price of the low stimulation of the holder's willingness to push the price. In addition, due to the market mentality of the future market is still weak, due to the existence of part of the buying and selling period of speculative operations, to a certain extent, enhance the trade activity of the market. At the same time, SHFE copper stocks have also remained low this year than in previous years. Superimposed this year, the scrap copper market is also due to the sharp fall in prices and the contraction of circulation, resulting in the gradual narrowing of the low price advantage of scrap copper for electrolytic copper, and the situation of replacing scrap copper in the market is becoming more and more obvious, which is also supporting the high price sentiment in the spot market. And due to the influence of multiple factors, the chance of imported copper circulating to the domestic market is greatly reduced this year, which is also one of the reasons to support the domestic rising water. 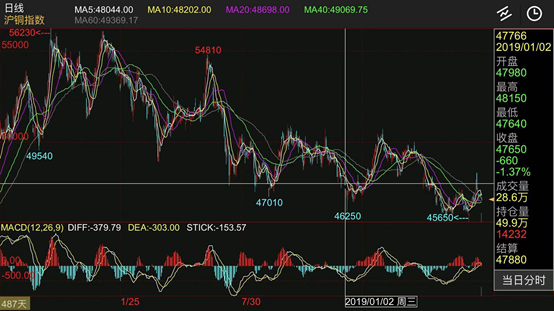 SMM expects spot quotations to be difficult to maintain high for a long time, especially into the third quarter. According to SMM research, most of the copper downstream processing end production has entered the off-season ahead of schedule, the overall operating rate of copper processing links in July is expected to decline further, the current situation of weak consumption is difficult to support the current high water quotation, and some traders have said that in August spot quotation for the month, spot quotation is expected to be significantly reduced.