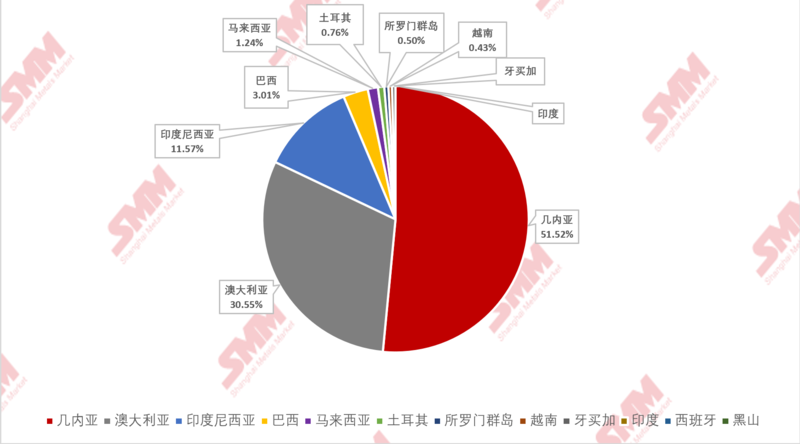 The data show that the ore import of Guinea has increased steadily, and the ore import of Australia, Indonesia and Malaysia has decreased month by month, while the monthly increase or decrease of non-mainstream imported bauxite is not stable. The use of bauxite in these countries is roughly as follows: (1) mixed with domestic minerals, such as Guangxi Xinfa mixed with high-temperature bauxite from Vietnam and Turkey for production; (2) High and low price imported ores are mixed to reduce costs, such as Jinjiang Xiaoyi Xingan Chemical Co., Ltd., which mixes Australian ore with high Al / Si ratio of Jamaican ore for production; and (3) it is used as a substitute for Guinean ore. For example, SPIC Shanxi has tried to produce alumina from Jamaican and Turkish ores.

The pace of technological upgrading of inland alumina plants continues. According to SMM, the low temperature transformation of SPIC Shanxi Aluminum Industry's two production lines (800000 tons / year) has been completed on June 4, and the use of imported ores will be increased in the follow-up; Tianshan Jingxi Tiangui Aluminum Industry has built a low temperature production line with an annual capacity of 850000 tons, and is expected to gradually use imported ore production in an all-round way at a later stage.

Report: Chalco’s Xiaoguan mine’s bauxite output hits 3-year high in Oct
Xiaoguan mine supplied 226,900 mt of bauxite in Oct, up 61,900 mt from a year ago