"View the recording of this conference call

Cost and balance of Alumina

According to SMM statistics, China imported a total of 37.318 million tons of bauxite from January to April 2019, an increase of 40.1 percent over the same period last year, and the immediate cost of alumina enterprises fell by 70 yuan per ton in May compared with March. At present, it is estimated that the average complete cost of alumina is about 2610 yuan / ton, which is about 50 yuan / ton lower than that in March. Among them, Shanxi 2860 yuan / ton, Henan 2890 yuan / ton around. The overall surplus in the third quarter is expected to be about 300000 tons.

"Click to view the historical price of SMM alumina

After the Spring Festival, the trend of domestic and overseas alumina prices continued to deviate, rising first and then falling overseas, and then rising at home. At present, the alumina import window has been opened. China imported a total of 37.318 million tons of bauxite from January to April 2019, an increase of 40.1 percent over the same period last year.

A slight shortage of 21000 tons of alumina is expected in June, but there is still an overall surplus in the third quarter.

After the festival inventory changes are basically in line with expectations: SMM data show that as of June 13, SMM statistics of domestic electrolytic aluminum social inventory (including SHFE) totaled 1.118 million tons, down 30, 000 tons from last week. Compared with 1.302 million tons at the beginning of the year, the current electrolytic aluminum inventory has been reduced by 184000 tons, compared with the high of 1.756 million tons at the beginning of the Spring Festival. June-August is the traditional off-season for domestic electrolytic aluminum consumption, and the superimposed export orders show signs of falling. It is expected that the speed of going to storage will slow down. In August, there may be a short period of accumulation. Last year, the stock will be 60-700000 tons, and the stock is expected to drop to 70-800000 tons by the end of the year. From a seasonal point of view, this year's peak consumer season is super-seasonal.

The release rate of new production capacity is still slow: the new capacity is released slowly, with a plan of about 3.06 million tons for the whole year, but the probability is between 200,250 and 250. at present, the progress of resuming production is relatively slow, with the completion of 50, 000 tons of hydropower in the west, and a small amount of resumption of production in Dongxing and extremely slow Weiqiao has been suspended after the maintenance of Yunan headquarters, with a total production capacity of about 350000 tons so far this year.

In 2019, the economic growth of Europe and the United States has a slowdown trend, overseas consumption will be weaker than domestic, real estate-driven consumption logic is gradually cashed in.

Real estate-driven consumption logic is being cashed in step by step:

Overall orders for construction profiles improved further in May from April, but the index of new orders fell slightly to 49.4%.

The performance of the industrial profile market in May was not as good as that of April, mainly due to the heavy blow to the automobile profile market. June was basically flat.

PMI, a cable company, was 50.2 per cent in May, up nearly 7 percentage points from a year earlier, hovering at the Kurong dividing line, and is expected to maintain its May start rate in June.

In May, the original alloy PMI fell 16.4 percentage points from the previous month to 41.1%, with new orders and production indices below 50%.

Unforged aluminum and aluminum data began to weaken in April 2019:

One. Export data are sometimes delayed relative to the signing time, with some long orders issued in March, some orders signed in January and production orders from February to March.

Three. When the ratio rebounded, regular aluminum exports did not lose money, but profits were squeezed.

4. The rapid decline in domestic aluminum processing fees, especially the hot rolled coil, has also driven the increase in the proportion of export orders.

However, as the ratio continues to rise, the enthusiasm of enterprises to give priority to overseas orders is weakening, the decline of export orders is only a matter of time, and there is a good chance that there will be feedback on the export data (departure volume) in the second half of the year.

Exports for the whole year are expected to fall slightly by 20-300000 tons compared with the same period last year. Pay more attention to the export of aluminum products (wheels, cans, doors and windows, parts, etc.).

SMM believes that the long-term trend is still cautiously bullish on aluminum prices, which will weaken in the short term, and the greater risk comes from the inflection point of cost and the uncertainty of demand.

Viewpoint: the supply rise is weaker than expected, the industry is in the storage cycle, we maintain a cautious view of aluminum prices in the long period, and there is a pullback risk in the short term under the expectation of weaker demand. Under the pressure of overseas alumina prices, the export reduction of aluminum in China is limited, and the US economy has not seen obvious upward signals yet, so the weakness is difficult to change.

Strategy: the relative strength of the non-ferrous plate is still recommended to Shanghai aluminum as a multi-match, the early anti-set position can be closed gradually, but for the time being, it is not recommended to set up with the inside and outside.

In order to improve, improve the macro level of in-depth research, and provide more advanced services to customers and friends, SMM teamed up with the top domestic macro research institution, Hiro Mi Road, to create a high-end report that is compatible with macro and metal industry research-"SMM- Mizhiro Metal High end report". Combining the advantages of fundamental research and macro research in the metal industry, the two sides speed up data fusion, while providing industry chain information, study and judge the impact of macro-market and track the circulation and linkage of funds in the metal market, explore market operation opportunities, and provide trading strategies and direction guidance for investors.

It is one of the top independent research institutions in China's capital market, providing macroeconomic, broad asset, emerging industries and corporate analysis and investment strategy services to domestic and foreign institutional investors. The company's core team has an excellent educational background and an average of more than 8 years of financial research or industry experience, and has held core business or management positions in influential investment advisers in the current market.

In the aspect of macroeconomic research, this paper analyzes China's economy from the perspective of first-hand data and globalization, and forecasts and tracks the economic data in an all-round way. We should make a forward-looking review of macroeconomic and industrial policies and grasp the cyclical and structural changes in the economy. Using the perspective of globalization and analytical framework, this paper forecasts the trends of the United States, Europe and major emerging market economies. A top-down prospective study of bond and stock markets in major economies. An investment clock perspective based on macroeconomic and policy cycles provides advice on the allocation of large categories of assets such as stock markets, bond markets, interest rate derivatives, industrial commodities, precious metals and agricultural products.

Details of this aluminum report: 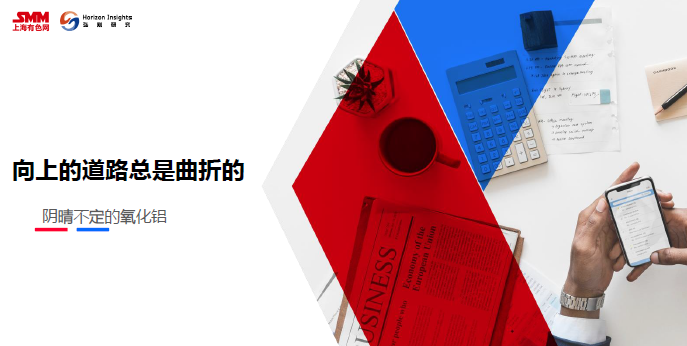 If you are interested in the SMM- Hiro in-depth study report, you can apply for a trial