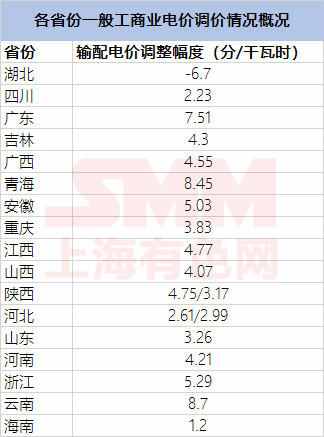 Steel mill A (southwest): since the first ten days, the profit has been reduced to dozens of yuan (profit of about 200 yuan / ton at the beginning of the month), if the later price continues to fall, or will reduce production.

However, from the specific scope of implementation, because the construction of infrastructure sites, real estate development or other enterprises and institutions infrastructure construction temporary power consumption and part of the small-scale manufacturing power consumption belong to the scope of application of the general industrial and commercial electricity price, so the reduction may have a certain boost to the market sentiment.