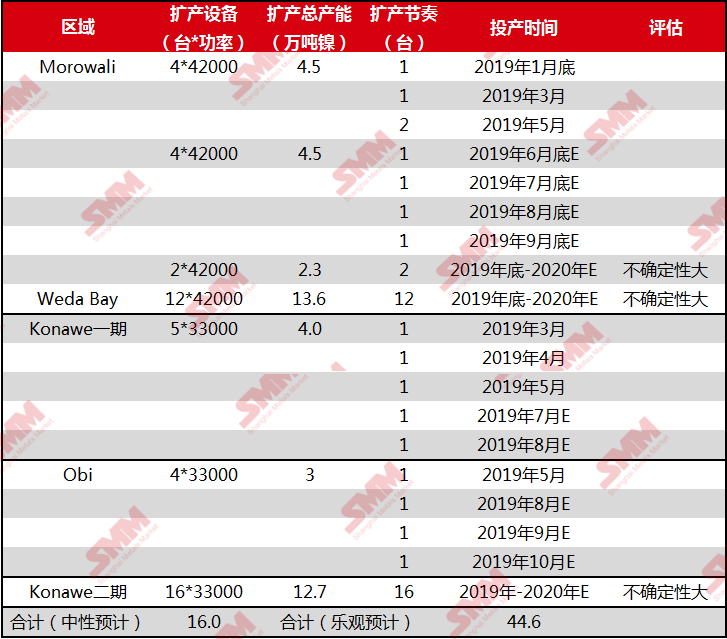 According to the latest research by SMM, the nickel pig iron plant in Morowali area is scheduled to produce four 42000KVA RKEF, units one after another by the end of June, but the specific production rhythm is uncertain. SMM is estimated according to the production schedule of one unit per month from the end of June. The nickel pig iron plant in the Konawe area plans to produce two 33000KVA RKEF units from July to August. The nickel pig iron plant on Obi Island is scheduled to start production of the remaining three 33000KVA RKEF units from August to October. Due to the uncertainty of the remaining planned new production capacity in 2019, SMM believes that the probability of actual production is small, and the neutral forecast is that the total capacity increment in 2019 may be 160000 nickel tons.