In Shanghai, the arrivals in the market rose steadily over the weekend, but the trading was quiet on the imminent CNY holiday. As a result, the inventory in Shanghai increased slightly.

In Tianjin, the stable arrivals contributed to increases in all local warehouses, while the demand was low as galvanising plants were already closed for holidays. Therefore, the inventory in Tianjin climbed slightly.

In Guangdong, the concentrated arrivals of cargoes over the weekend added inflows of roughly 5,000 mt to the warehouses. At the same time, few buyers picked up the cargoes as downstream enterprises were mostly shut down, which caused a spike in the inventory in Guangdong.

Taken together, inventories in Shanghai, Guangdong and Tianjin rose 8,400 mt, and inventories across seven major markets in China gained 10,200 mt. 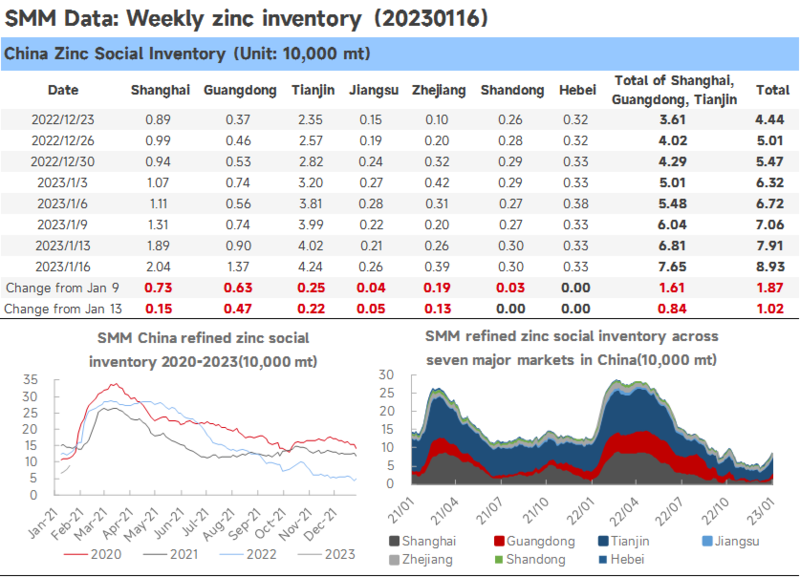