SHANGHAI, Jan 16 (SMM) - The aluminium ingot social inventories across China’s eight major markets stood at 690,000 mt as of January 16, up 48,000 mt from January 12 and 197,000 mt from the end of December. The figure was 33,000 mt less than the same period last year, though. The seasonal accumulation was mainly contributed by Wuxi, Foshan, and Gongyi, with inventories in the three regions adding nearly 50,000 mt. Trades in the spot market almost stagnated since most downstream buyers were already on CNY break in advance. The inventory looks set to climb further around the holiday period. 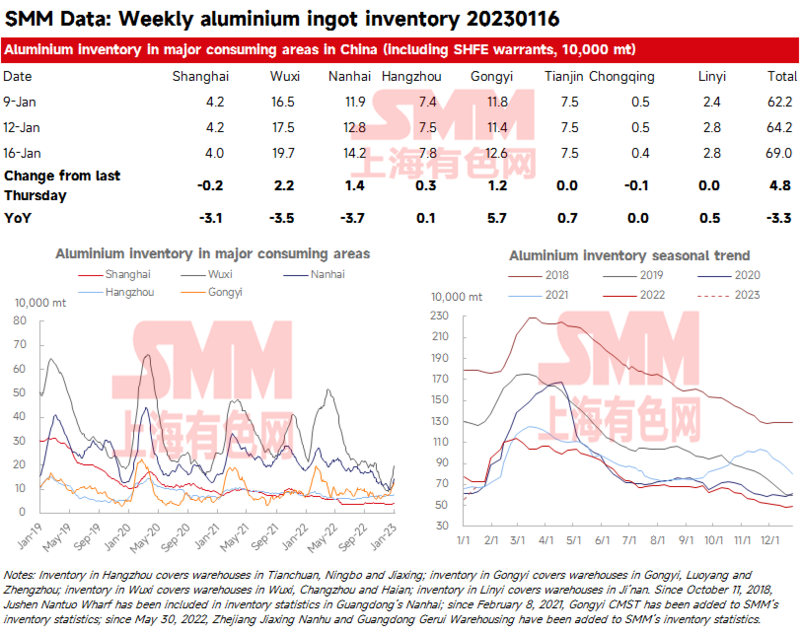 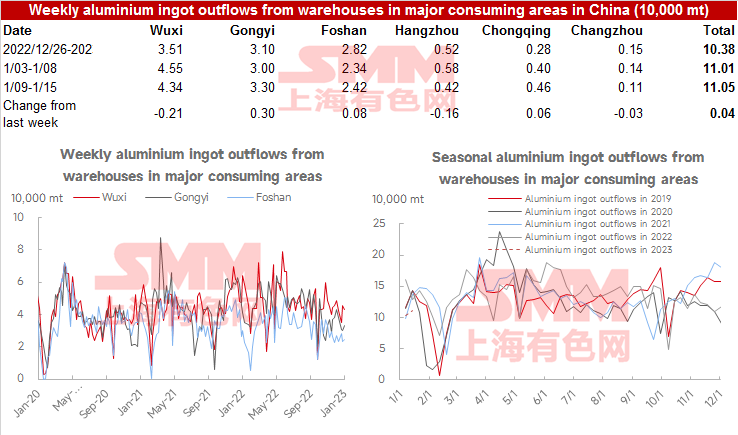