CST
Source:SMM
According to SMM statistics, as of January 13, the social inventory of silicon metal across Huangpu port, Kunming city and Tianjin port decreased 2,000 mt from last week to 123,000 mt.

SHANGHAI, Jan 13 (SMM) - According to SMM statistics, as of January 13, the social inventory of silicon metal across Huangpu port, Kunming city and Tianjin port decreased 2,000 mt from last week to 123,000 mt.

This week, the export activities in Tianjin port and Huangpu port were more active due to the shipping schedule and the approaching CNY holiday. The arrivals of Huangpu port were few while the exports were active. The shipment flow of Tianjin port was acceptable, but the arrivals were more significant and thus the inventory increased slightly. The performance of domestic trade was relatively light due to the approaching CNY holiday. Next week, the export and import of some ports will be suspended for CNY holiday. 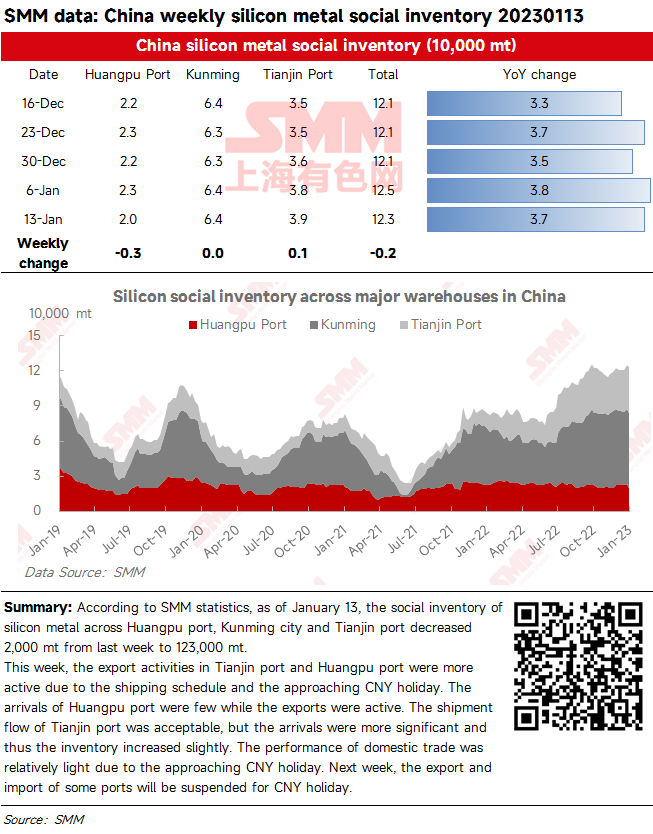