SHANGHAI, Jan 9 (SMM) - According to SMM data, zinc ingot social inventories across seven major markets in China totalled 70,600 mt as of this Monday (January 9), up 3,400 mt from the last Friday (January 6) and 7,400 mt from last Tuesday (January 3). In Shanghai, cargoes of Baiyin Nonferrous and Qilin arrived and entered the warehouses. The inventory accumulation cycle during the Chinese New Year holiday started in Shanghai, with some smelters slated to delivery more cargoes to the warehouse. In Tianjin, the arrivals rose over the weekend, while the outflows from the warehouse were not much as downstream enterprises were mostly closed for holiday. As such, the inventory in Tianjin also climbed. In Guangdong, there were concentrated arrivals during the weekend, with 4,000 mt inflows into the warehouses. The outflows were also moderate amid persisting restocking demand of downstream enterprises. Nevertheless, the inventory in Guangdong still saw an increase. Taken together, inventories in Shanghai, Guangdong and Tianjin rose 5,600 mt, and inventories across seven major markets in China gained 3,400 mt. 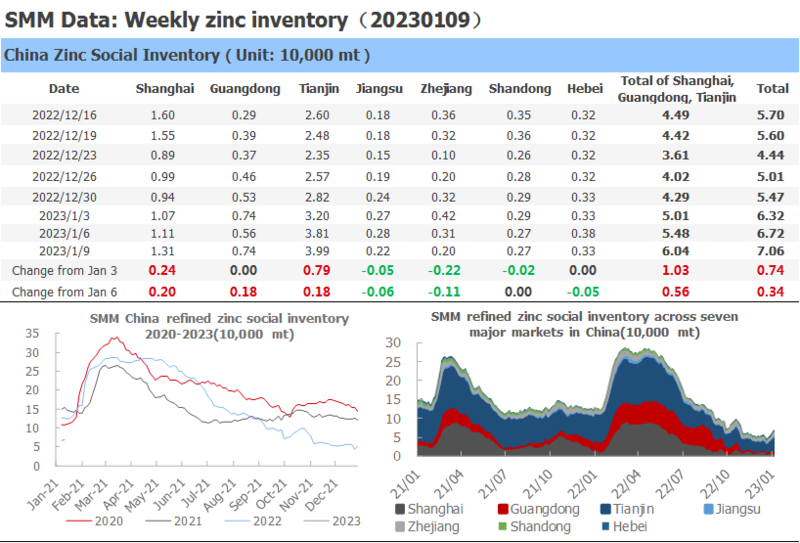