SHANGHAI, Jan 9 (SMM) -  The aluminium ingot social inventories across China’s eight major markets stood at 622,000 mt as of January 9, up 46,000 mt from last Thursday and 128,000 mt from the end of December. The figure was 131,000 mt less than the same period last year, though. The inventory has entered a seasonal growth cycle, with a cumulative increase of 145,000 mt in four weeks. Wuxi (+17,000 mt) contributed most of the growth, and the local inventory looks set to rise further with more cargoes arriving and transactions becoming muted since the Chinese New Year (CNY) is around the corner. Inventory in Gongyi added 13,000 mt from last Thursday and 47,000 mt from a year ago to almost 120,000 mt. Inventory in Foshan area began to accumulate, but the increase was relatively small. Downstream consumption fell sharply due to approaching CNY. 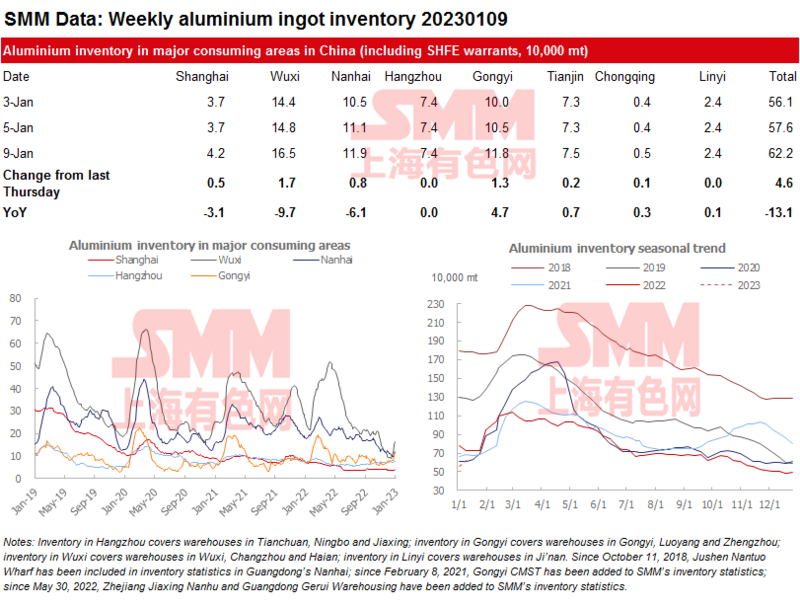 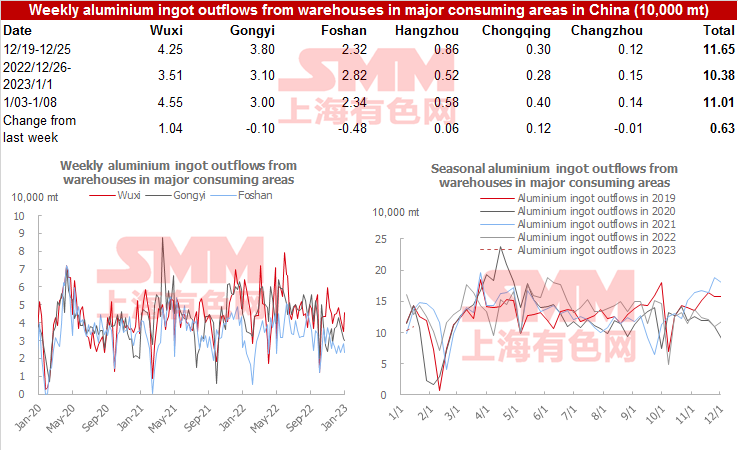