SHANGHAI, Jan 3 (SMM) - SMM data shows that the zinc ingot social stocks across seven major markets in China totalled 63,200 mt as of January 3, up 8,500 mt from last Friday (December 30) and up 13,100 mt from a week ago. In Shanghai, the market arrivals were few and the outflows from warehouses changed little, thus the accumulation of inventory in Shanghai during the New Year's Day holiday was small. It is expected that the inventory will rise again in the near future with the shipments from Baiyin Nonferrous. In Tianjin, the market arrivals were relatively stable during the holiday. The concentrated arrivals of Zijin and other brands amid limited consumption contributed to a considerable increase in the inventory. In Guangdong, the market arrivals during the holiday were relatively flat, while the outflows from warehouses were insignificant. As a result, the inventory in Guangdong inched up slightly. Taken together, inventories in Shanghai, Guangdong and Tianjin rose 7,200 mt, and inventories across seven major markets in China gained 8,500 mt. 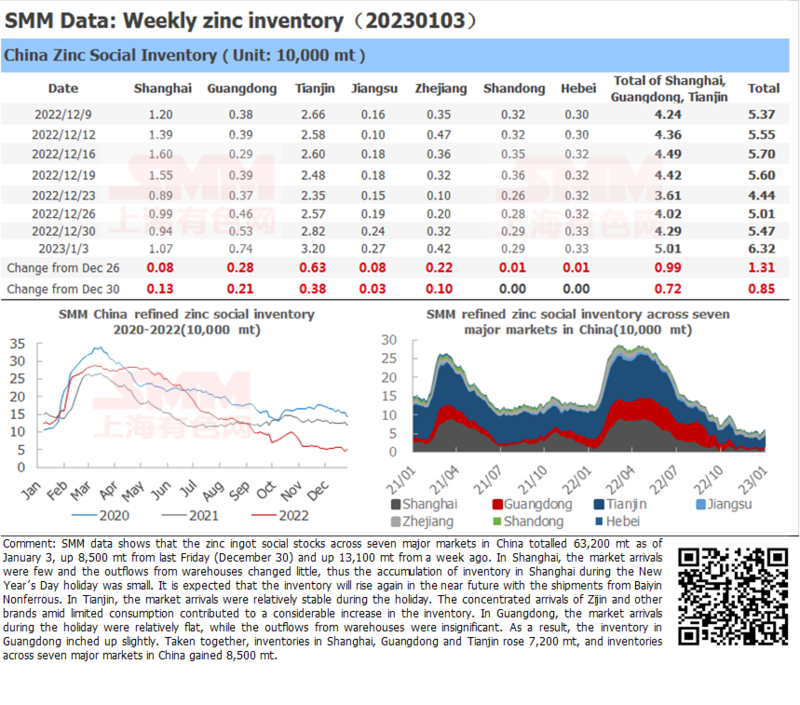