SHANGHAI, Dec 30 (SMM) - SMM data shows that the zinc ingot social inventories across seven major markets in China totalled 54,700 mt as of December 30, up 4,600 mt from this Monday (December 26) and up 10,300 mt from a week earlier (December 23). In Shanghai, the market arrivals were relatively stable. Although most downstream enterprises already finished restocking, a few still picked up cargoes in the last trading week before the holiday. Therefore, the inventory in Shanghai dropped. In Tianjin, the transactions in the spot market were quiet, and downstream enterprises rarely picked up cargoes due to poor orders. As a result, the inventory in Tianjin rose. In Guangdong, a few goods arrived in the market at the beginning of the week, and goods holders basically sold off. Since the market was relatively inactive before the holiday, the overall inventory in Guangdong recorded a small increase despite of a few transactions. Taken together, inventories in Shanghai, Guangdong and Tianjin rose 2,700 mt, and inventories across seven major markets in China gained 4,600 mt. 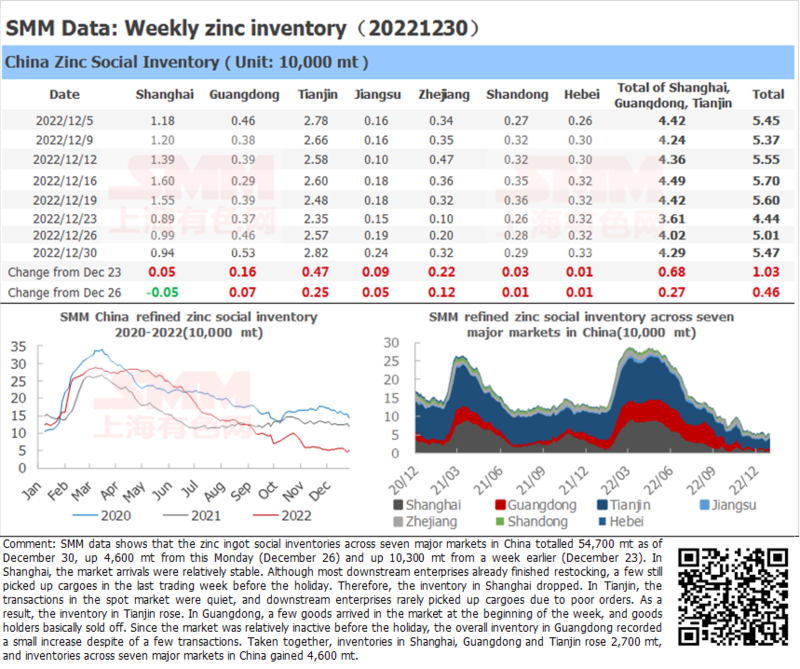