SHANGHAI, Nov 21 (SMM) - The aluminium ingot social inventories across China’s eight major markets totalled 530,000 mt as of November 21, down 17,000 mt from last Thursday. The figure was also 82,000 mt lower than a month ago and 497,000 mt less than the same period last year. The total inventory is the lowest this year and also the lowest when compared to the same period of previous years. Wuxi led the decline as fewer cargoes arrived after the transportation in Gongyi was resumed.  Shipments out of warehouses in Wuxi declined to 45,000 mt last week. Inventory in Gongyi added 1,000 mt from last Thursday to 62,000 mt, with more cargoes expected to arrive. Inventory in Foshan dropped 6,000 mt from last Thursday. Logistics has gradually recovered. Downstream buying sentiment declined after aluminium prices exceeded 19,000 yuan/mt. 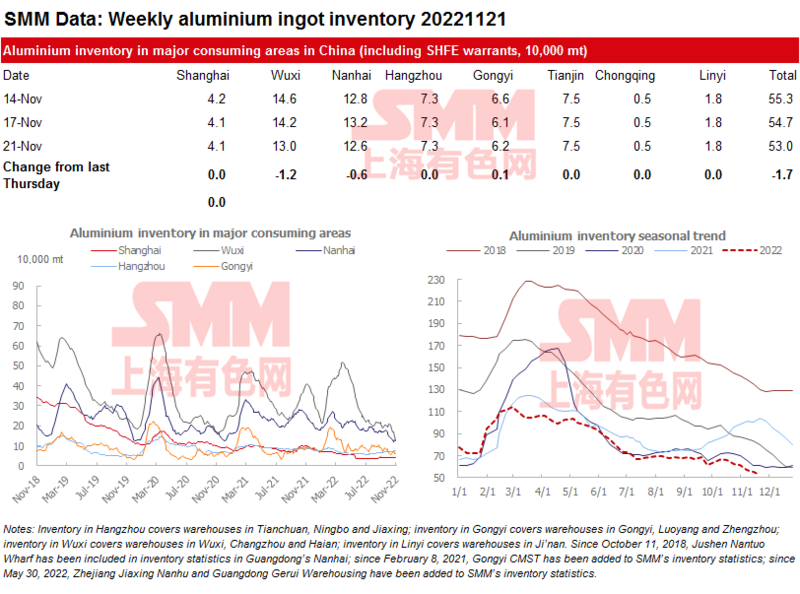 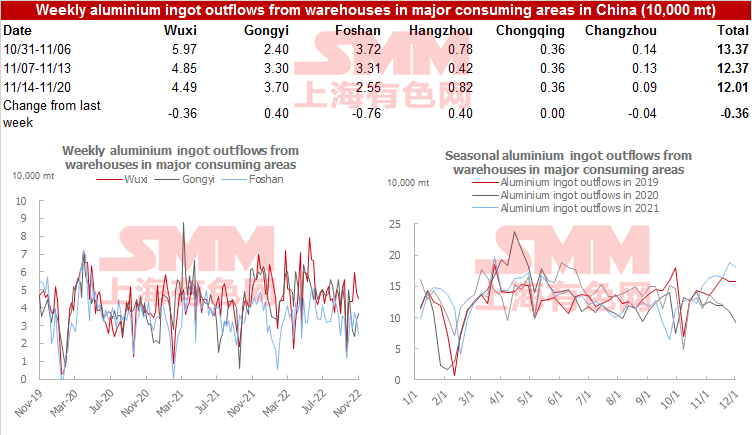