SHANGHAI, Aug 15 (SMM) - The aluminium ingot social inventories across China’s eight major markets totalled 698,000 mt as of August 15, up 5,000 mt from last Thursday, but 44,000 mt lower than in the same period last year. The figure was 29,000 mt higher than at the end of July. The total inventory remained at a low level. The inventory in Wuxi continued to fall due to fewer arrivals, while shipments out of local warehouses declined. The inventory in Foshan fell 3,000 mt as shipments out of local warehouses increased. The inventory in Gongyi rose another 15,000 mt to 105,000 mt. Recently, production in Sichuan has been reduced due to power problems, which may have a certain impact on the arrival of cargoes in south China in the future. The aluminium production in other regions has not been affected. SMM will closely watch how the evolution of output cuts will affect arrivals in the market. 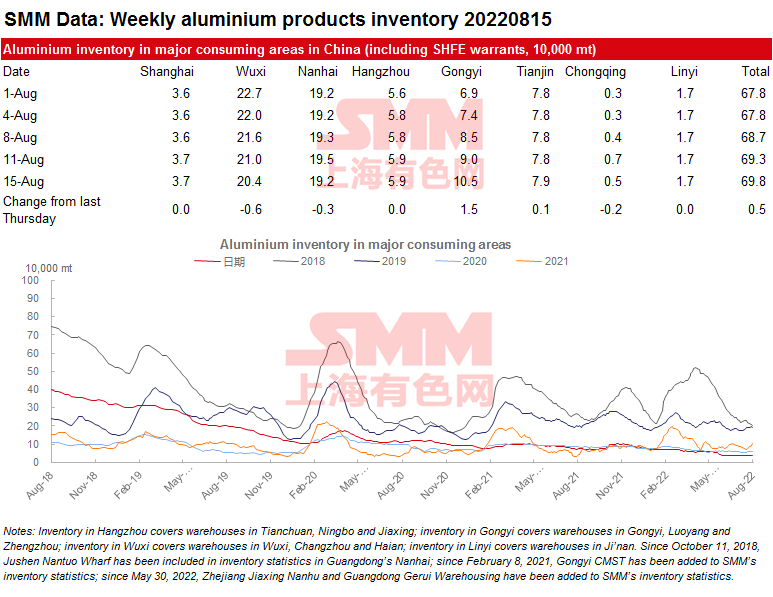 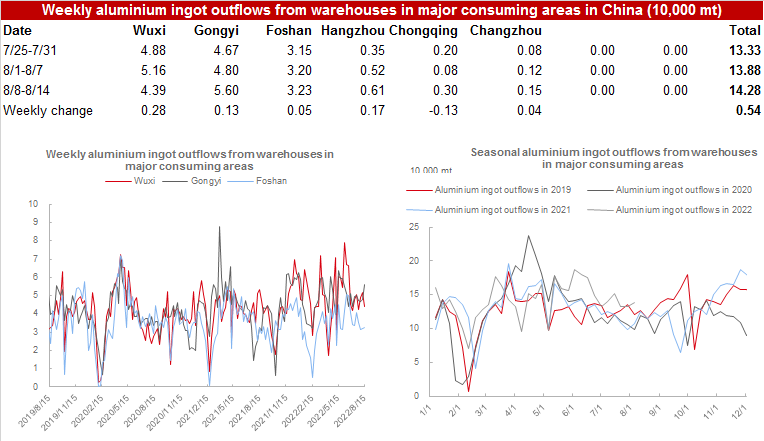