CST
Source:SMM
Social inventories of silicon metal across Huangpu port, Kunming city and Tianjin port increased 5,000 mt from the previous week to 106,000 mt as of July 29.

SHANGHAI, July 29 (SMM) – Social inventories of silicon metal across Huangpu port, Kunming city and Tianjin port increased 5,000 mt from the previous week to 106,000 mt as of July 29. The social inventory continued to increase amid the the wet season in south China. The inventory of Huangpu port was close to the upper limit and was flat on the week. The inventory of Tianjin Port in north China increased due to the arrivals of goods from Xinjiang. According to the port turnover, the shipments and deliveries in July fell about 20% on the month. The social inventories of silicon are expected to further increase next week. 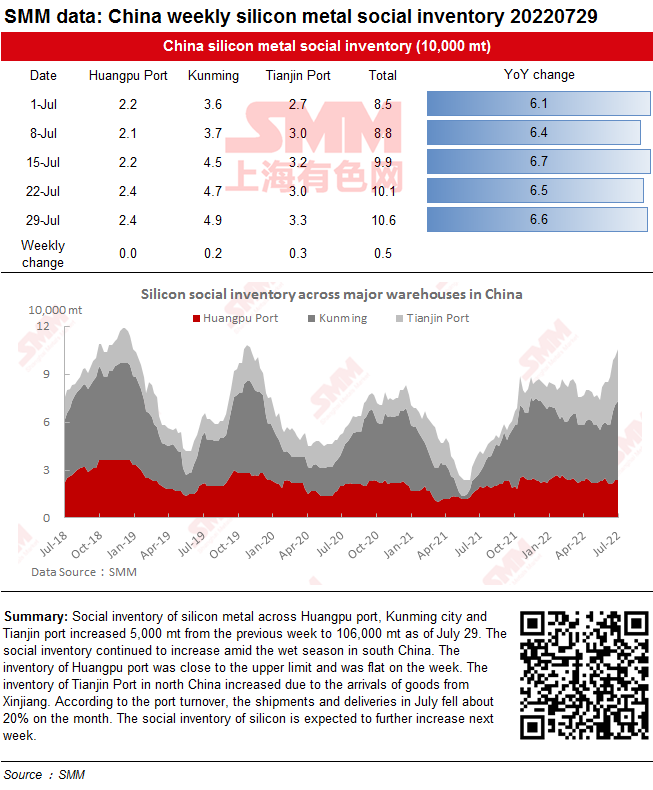