CST
Source:Financial Union
[car companies start to resume work step by step! The dawning of the automobile plate has now opened the overfall and rebound of these three main lines] this month, the severe epidemic prevention situation in the north and south of the Yangtze River has had a certain impact on the manufacturing industry, especially the automobile industry chain, and many vehicle factories and parts suppliers have stopped work or reduced production. The supply chain has a big impact. Last week, Yu Chengdong, Huawei's consumer business, and he Xiaopeng, chairman of Xiaopeng Motor, both tweeted on social platforms, focusing on the follow-up impact of the epidemic on the manufacturing industry chain.

This month, the severe epidemic prevention situation in the north and south of the Yangtze River has had a certain impact on the manufacturing industry, especially the automobile industry chain. Many vehicle factories and parts suppliers have stopped work or reduced production, resulting in a greater impact on the supply chain. Last week, Yu Chengdong, Huawei's consumer business, and he Xiaopeng, chairman of Xiaopeng Motor, both tweeted on social platforms, focusing on the follow-up impact of the epidemic on the manufacturing industry chain.

Since mid-March, the share prices of some auto parts companies have fallen more than 20 per cent because of concerns about production and sales disruption of the epidemic, while PE valuations of auto parts and vehicles have fallen. Last week, A-share auto plate, auto parts plate, auto service plate continued to adjust downwards. By the end of last week, the news that the major car factories had resumed work in an orderly manner has come one after another. The agency believes that in terms of fundamentals, the large-scale shutdown of the automobile industry chain caused by this epidemic is gradually showing a marginal improvement trend, although it is difficult to determine the specific time point for a full return to normal in the short term, but the current emotional side of the automotive market may have bottomed out, and the recovery trend remains to be seen.

In Jilin Province, China FAW started to resume work on April 11, and on April 15, the Red Flag brand successfully went offline 160 units in a single day. The latest news on April 17 is that all five main engine factories of FAW Group in Changchun have resumed work.

In addition, Li Xuefeng, deputy secretary general of the Changchun Municipal people's Government, said at a news conference on epidemic prevention and control that under the premise of ensuring the safety of the epidemic, priority will be given to the resumption of work on the first batch of 128 key projects by the end of April.

In Shanghai, on April 16, the Shanghai Economic and Information Commission issued the guidelines on the Prevention and Control of the epidemic situation of resuming work and production in Shanghai Industrial Enterprises (first Edition). The guidelines make it clear that the governments of all districts, towns, and parks should actively support enterprises to resume work and production, and guide enterprises to "one enterprise, one policy". According to the latest news from SAIC, SAIC will launch the pressure test of resuming work and production on April 18, specifically involving SAIC passenger cars, SAIC Volkswagen, SAIC General Motors, Huayu Automobile, Anji Logistics and other complete vehicles, spare parts and logistics enterprises. Based on market sentiment and the oversold-off status of the industrial chain plate, Guotai Junan Automobile team believes that the current expectation of resuming work is gradually rising, and the position at the bottom of the plate is clear.

Previously, the market expected that the impact of the epidemic on supply and demand would reach two months, while Jilin and Shanghai automobile industries began to gradually resume production in April, exceeding market expectations. Of course, the extent to which the demand side is affected by the epidemic is not clear, so the improvement still needs to see a more clear inflection point of the epidemic, but the automobile industry chain represented by the Shanghai area has moved from uncertainty to certainty under the expectation of resuming work. The specific progress of the resumption of work is not the key, the key is that the market expectations begin to change, so that the market to re-form performance expectations for the second quarter. Considering that raw materials are still fluctuating at high levels, the overall recovery of fundamentals is a process of shock recovery.

Guotai Junan Automotive team also said that the marginal improvement means that the position at the bottom of the plate is clear, and it is a good opportunity for participation for high-quality targets. In the short term, under the lower risk preference, the most important thing is still performance certainty. Medium-term dimension intelligence is still the most deterministic direction, and there are better opportunities after adjustment. Three main lines of investment are recommended: "intelligence + high-scene new energy + independent brand". 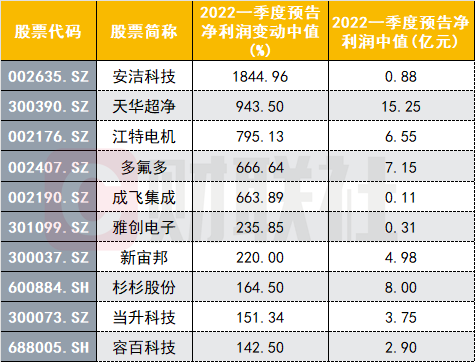 According to Huaxi Securities, the valuation of smart driving software companies fluctuated due to expectations, but the actual business impact is small, and the share price is expected to be the first to benefit from the reversal of market expectations. Focus on the recommendation of car OS leader in Kechuangda, intelligent cockpit leader Desai Xiwei, in addition, high-precision map leader four-dimensional map new is also the target of benefit.

All
MOST POPULAR
1.SMM Review of China's Metals Market during CNY Holiday and Forecast
2.Lithium Resource Supply Likely to Amount to 1.21 Mt LCE by 2023!
3.The IMF Raises Its Global Economic Growth Forecast for 2023, with China Leading the Way
4.Cobalt and Lithium Market Likely to Pick up with Players Stockpiling after CNY Holiday
5.MOFCOM Intends to Ban/Restrict Exports of 139 Technologies Involving Steel, Nonferrous Metals, Photovoltaics, Semiconductors
Shanghai Metals Market
Privacy PolicyCompliance CentreSMM Credit ServiceContact UsAbout UsTerms & ConditionsSitemap
Notice: By accessing this site you agree that you will not copy or reproduce any part of its contents (including, but not limited to, single prices, graphs or news content) in any form or for any purpose whatsoever without the prior written consent of the publisher.