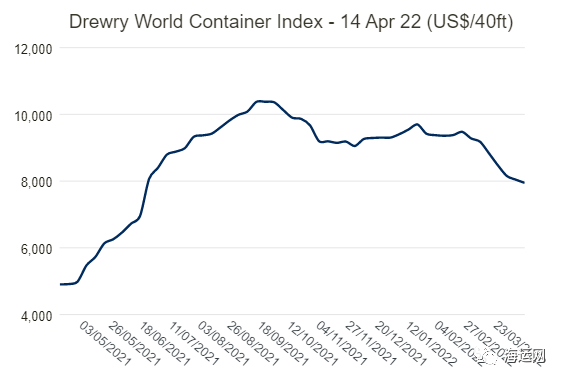 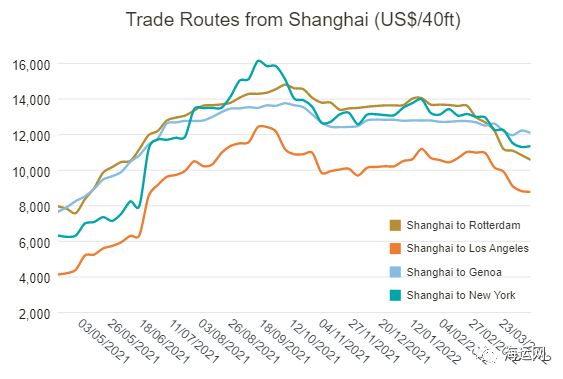 The Drury index shows that freight rates have fallen for the seventh week in a row since February 24, 2022.

3) the freight rates of Shanghai-Los Angeles and Shanghai-New York remain basically unchanged compared with the previous period, reaching US $8782 / FEU and US $11353 / FEU respectively. In addition, take a look at the latest Baltic Container Freight Index (FBX). The data show that:

3) the latest index of Asia to the Mediterranean fell 1 per cent to $12592 / FEU, the 13th straight week of decline since hitting a high in January. 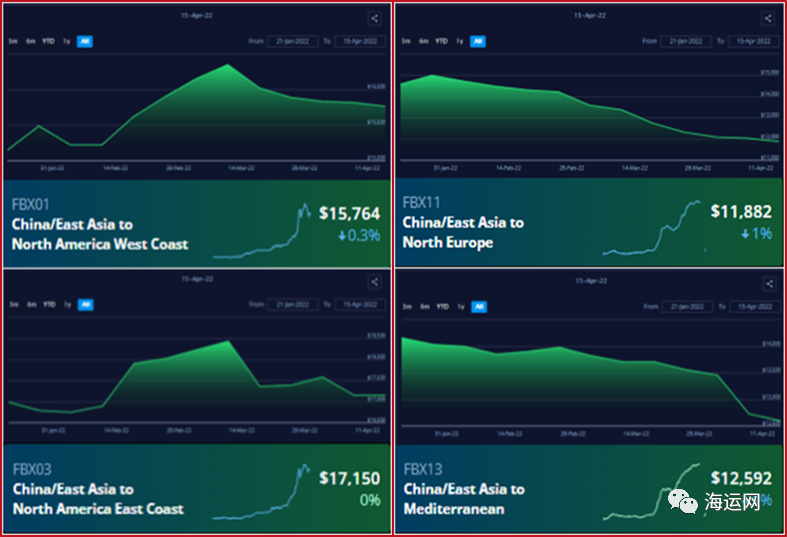 On April 15, the Shanghai Composite Container Freight Index (SCFI) released by the Shanghai Shipping Exchange closed slightly lower at 4228.65 points, down 35.01 points from the previous period of 4263.66 points.

Trends in shipping markets from Asia to North America:

With the continuous closure of Shanghai, suppliers and importers are facing increasing uncertainty. Seaborne carriers continue to assess the impact of booking. Due to the constraints of the current situation, China's export freight activity has decreased, and many carriers have turned to look for goods shipped from Southeast Asia. As the traditional peak season approaches, many importers and retailers are still in urgent need of restocking. Old problems that have not been alleviated include severe congestion, equipment imbalances, delays in cargo ships, port jumps, empty lines and higher fuel surcharges. The level of sea freight is still high compared with that before the epidemic, and the prices of a few market segments have declined. The priority transport market remains strong.

Trends in the Asian-European shipping market:

Shanghai is still under control, and some areas are likely to be unsealed in the near future. Cases have also been reported in other cities in eastern and northern China. The supply of factory production, warehouses and trucking services has been affected, although port terminals and trucking are still fully operational. All shipping alliances are available regardless of freight rates and spot freight, but carriers are still restricting transactions with long-term key customers. In response to recent changes in the situation, carriers are expected to announce port jump and air travel measures. Sea freight rates remain high, but prices as a whole show a downward trend from March to April as the market slows.

However, it is worth noting that freight rates for Southeast Asian routes have skyrocketed recently.

According to the latest data released by Drury a few days ago, in the following five weeks (weeks 16-20), the world's three major shipping alliances canceled a number of voyages one after another, of which the THE alliance cancelled the most 25 voyages; 2m alliance canceled 17 voyages; the least maritime alliance cancelled 12 voyages; a total of 54 voyages. 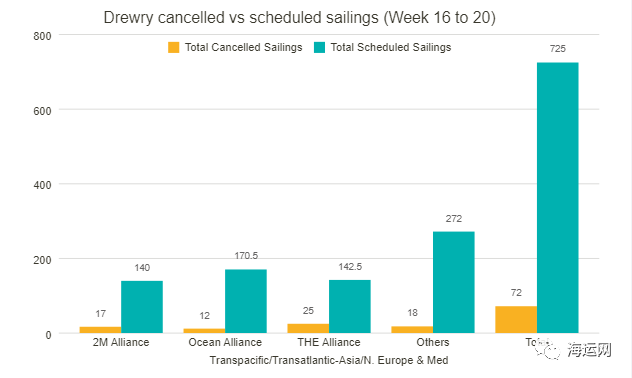 Drury said that the continued containment of the epidemic has put pressure on the already stretched supply chain, and shipping companies such as Maersk and Dafayton have begun to jump into Shanghai on some routes.

In addition, congestion at high-throughput ports has intensified again, especially in the United States, where imports have shifted from the west coast to the east coast. Many shippers are now focusing on the Gulf route and transferring goods to the port of Houston. With the ever-changing level of port productivity, it becomes more challenging to plan for shippers in a period of market uncertainty.

Of a total of 725 scheduled flights on major routes across the Pacific, transatlantic, Asia-Nordic and Asia-Mediterranean, 72 flights were cancelled between week 16 and the 20th week of next year, with a cancellation rate of 10 per cent. During this period, 58 per cent of blank voyages will take place on eastbound trans-Pacific trade routes, mainly to the west coast of the US, according to Drury's current data.

The following is a summary of easy shipping schedule statistics from Chinese mainland to North America, Europe and the Mediterranean for weeks 16-21 (from 2022-4-10 to 2022-5-21):

Summary of suspension and jump into port 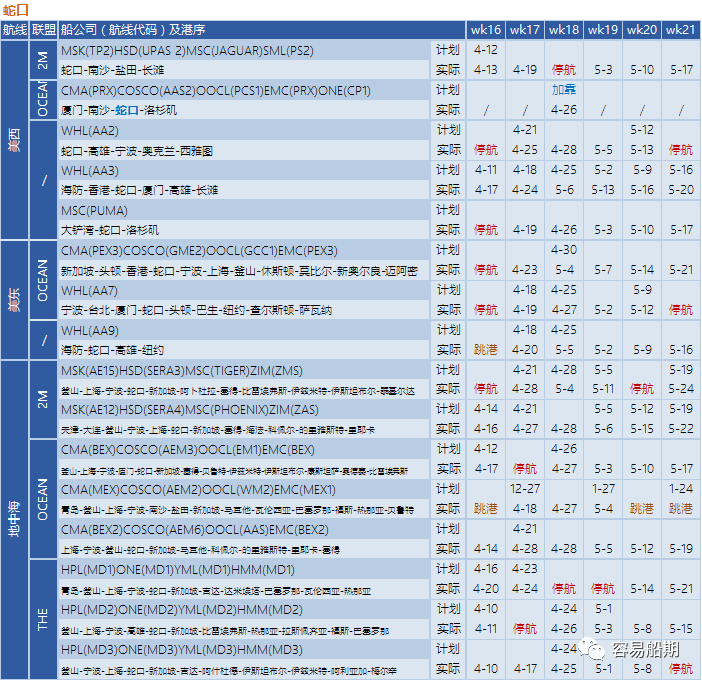 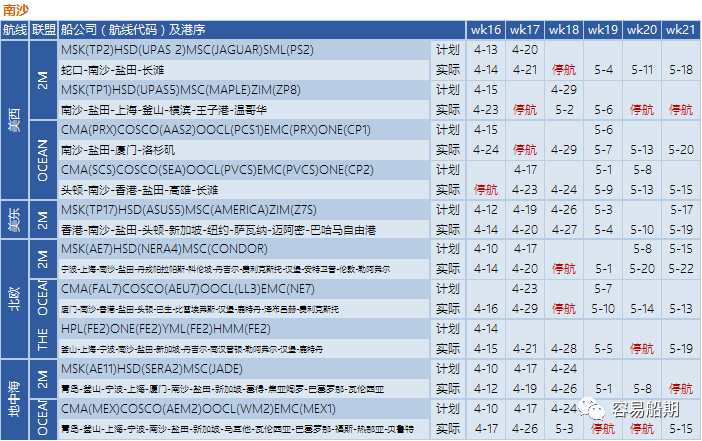 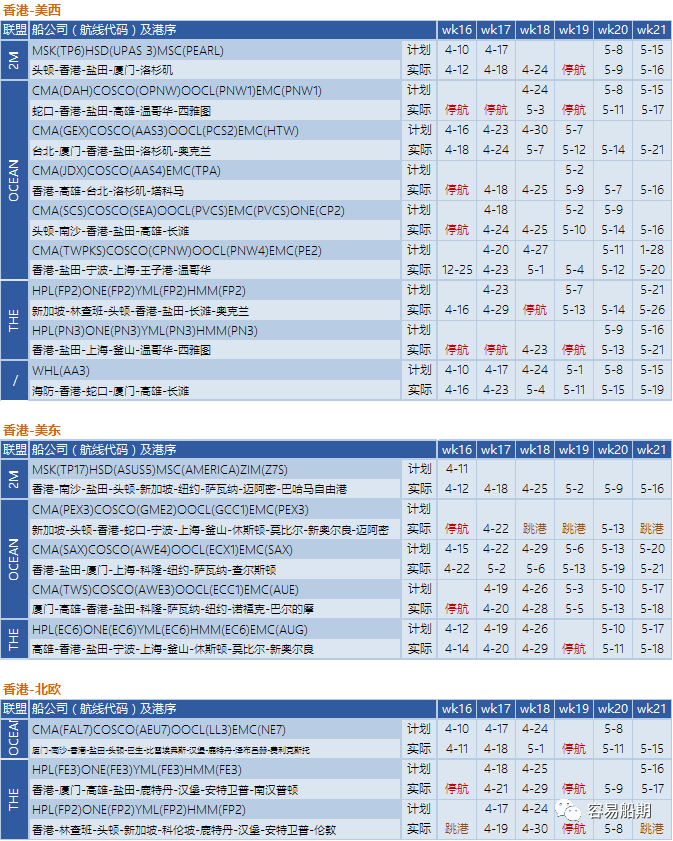 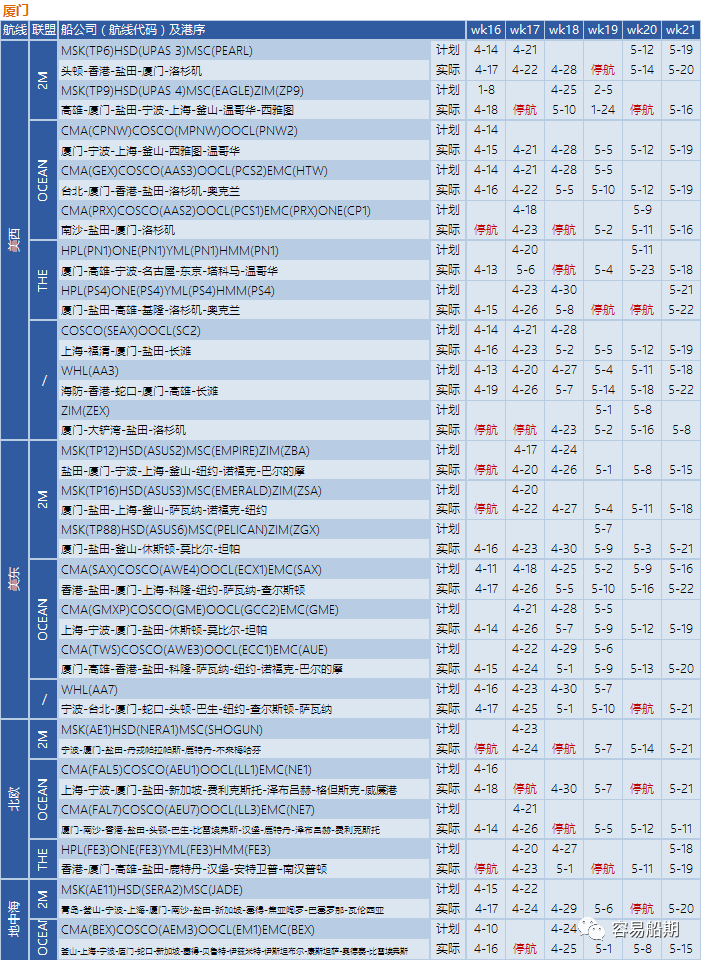 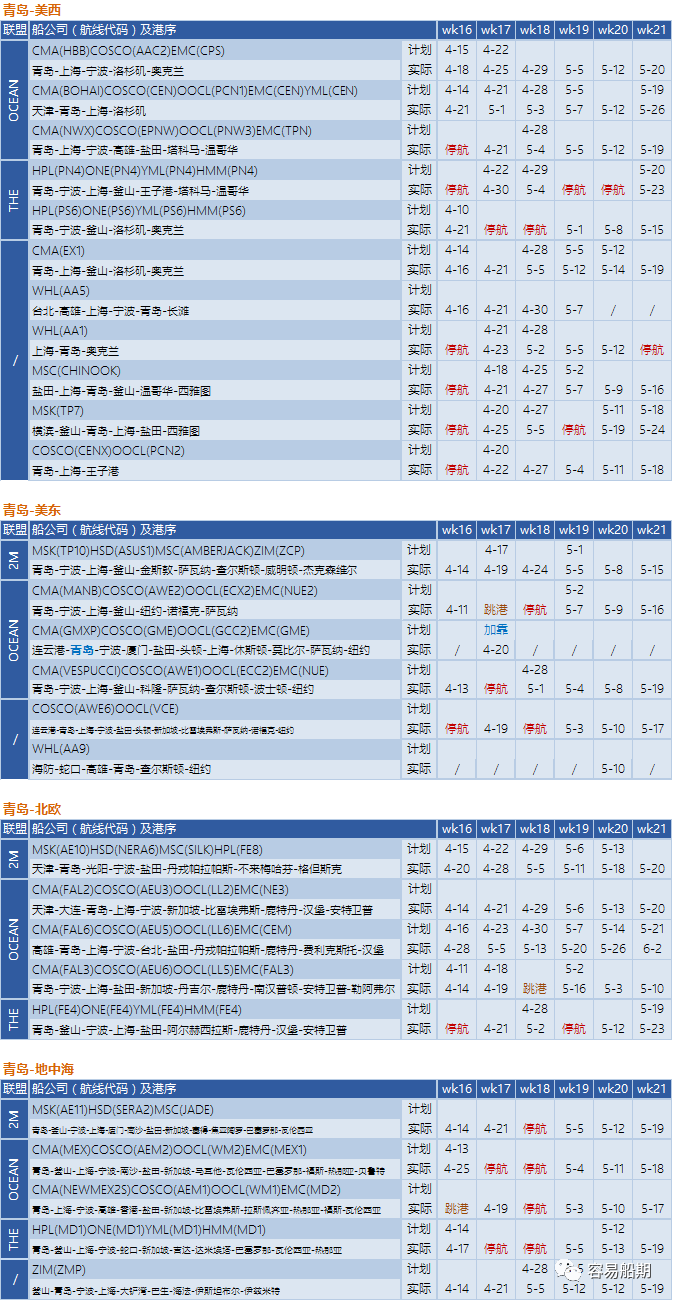 Iron Ore Arrivals at Chinese Ports Rose 770,000 mt on Week
According to data tracked by SMM, 81 ships arrived at domestic main ports from August 16-22. Arrivals of cargoes are estimated to stand at 13.26 million mt, up 770,000 mt from the previous week, but down 1.27 million mt year on year.

Heart of Silicon-manganese alloy production suffered from environmental suspension
Silicomanganese plants in Shizuishan City, Ningxia Hui Autonomous Region are suspended due to green policies on Dec.10, as per SMM news.