CST
Source:华尔街见闻
In the then-Soviet Union, Ukraine was a highly developed region in both industry and agriculture.

SHANGHAI, Mar 2 - In the then-Soviet Union, Ukraine was a highly developed region in both industry and agriculture. It was known as the "breadbasket of Europe", and the military industry accounted for about a quarter of the Soviet Union's scientific and technological strength; the main industrial sectors were aviation, aerospace, military industry, metallurgy, machine building, shipbuilding and chemicals.

When it gained independence from the Soviet Union in August 1991, Ukraine was quite rich and superior in terms of resources. It had more than 600,000 square kilometres of territory that covere vast plains and endless black land. The nation was very rich in coal, iron and manganese reserves and had more than 70 types of mineral resources. And what was even more dazzling was its strong heavy industrial infrastructure and a relatively complete and advanced military industrial system.

However, after 30 years of development, Ukrainian industry shrunk significantly for a variety of reasons, such as the severance of the Soviet-era supply chain package following the partition, the fall out with Russia, the siege by the West, the failure of economic reforms, etc.

Nonetheless, Ukraine is still the world's second largest exporter of grain, its steel and military industries are still relatively well developed, and large quantities of gas are still transported from Russia to the EU via Ukrainian pipelines.

As the conflicts between Russia and Ukraine escalate, commodities traders are keeping a close eye on Ukraine's vast infrastructure network, which is key to supplying gas, crops and steel to Europe and beyond. Among these is Donetsk, a port for exporting grains and metals and home to giant steel mills.

Ukraine steel accounts for about a tenth of Europe's steel imports and any disruption to steel mills’ production or shipments would tighten the already tight market supply on the continent and could support steel prices at the current high level after hitting a record last year.

Major Ukrainian steel producers include Metinvest BV, which has plants in the industrial heartland of eastern Ukraine, including a plant next to the Dnieper River, and two large plants in Mariupol.

ArcelorMittal , the world's number one steel producer, has the largest steel plant in Ukraine, located in central Ukraine of Kryvyi Rih. Ferrexpo, the world's third largest iron ore producer, has all its operations in Ukraine and is located about 350 kilometres (about 220 miles) southeast of Kiev. Seamless pipe manufacturer Interpipe also has a plant in Dnipro in the east. 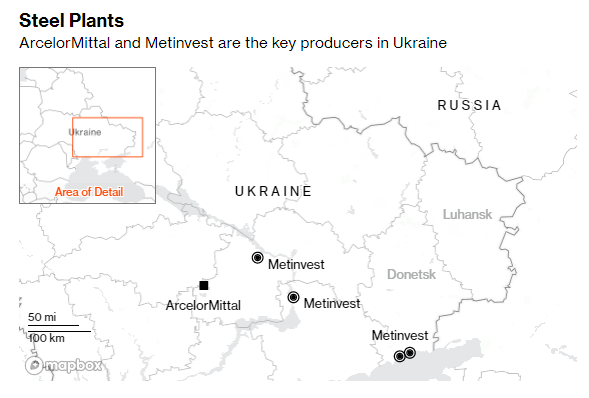 Ukraine has an extensive gas transportation network that was designed in Soviet Union times to transport fuel from the large gas fields of Siberia to Europe. Over the past decade, Russia has spent billions of dollars bypassing Ukraine to build the new Nord Stream gas pipeline, but Ukraine remains key to Europe's energy security.

A quarter of the EU's gas comes from Russia, and while about a third is delivered via Ukraine. 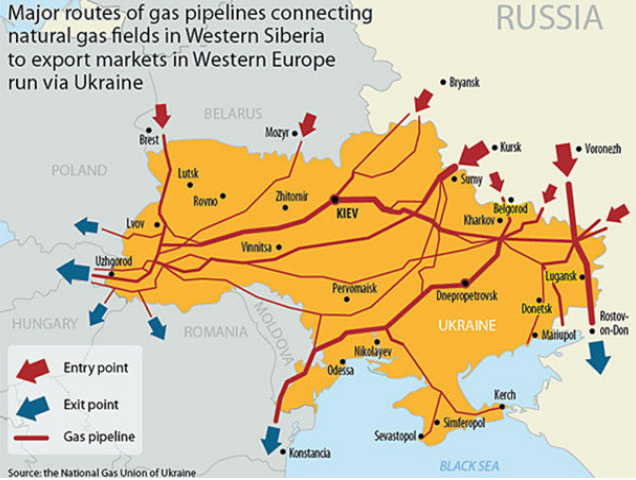 The pipeline through Ukraine also transports some Russia oil to Europe. In the power sector, Ukraine's largest private power company, DTEK, has a number of power plants in Donetsk and Luhansk.

Russian Energy and Aluminium Products May be Exempt from Sanctions, Aluminium Futures Prices Dropped
Although the Russian-Ukraine tension is still escalating, relevant information shows that the energy and aluminium products in Russia may be exempted from the sanctions.

CISA member steel mills daily output down 1.5% in late Nov
Both steel output and inventory fell in the last 10 days of November.

Institutes: Iron Ore Demand to Decline in 2018 with China’s De-capacity Policy and Production Limit
China’s iron ore demand in 2018 is expected to decline due to the country’s various regulations, according to analysts forecast at the 2018 China Steel Industry Chain Summit Forum on Dec 6.