Many places in Henan started power curtailment in mid-July, and floods happened in late July. Some furnaces of secondary copper rod in Xinxiang were soaked and needed to be rebuilt or repaired, which may take more than a month. The production was seriously affected. Meanwhile, secondary copper supply was very tight during a long time in July, and some plants had to reduce or suspend production for lack of raw materials.

Enterprises in Hebei was seriously impacted as they were not under preferential tax policies and lacked price competitiveness for secondary copper. According to a small processing plant, the output in July was less than 2/3 of its production capacity.

According to SMM survey, the price difference between copper cathode and scrap was narrow, and some companies added a little copper cathode into the cliff for production.

Recovery of Copper Consumption after CNY Holiday Was Slow, and the Operating Rates at Copper Rod Producers in February Were less than Expected
Operating rates at copper rod producers using copper cathode as raw material fell 9.83 percentage points on the month but rose 5.8 percentage points on the year to 46.42% in February, according to an SMM survey of 46 producers with a total capacity of 12.40 million mt/year. 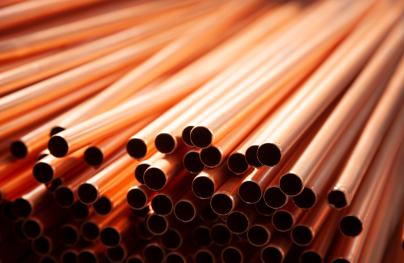 Announcement No. 40 [2021] on Improving VAT Policy for Resources Recycling to Have Little Impact on Local Tax Rebates Enjoyed by Copper Scrap Processing Plants
Announcement No. 40 [2021] of the Ministry of Finance and the State Taxation Administration issued on December 31, 2021 requires that in the trading of copper scrap, the cargoes shall be sold with VAT invoices, and the taxes can be paid at a rate of 3%. And the document prohibits the local governments from giving tax rebates to copper scrap recycling companies, which has aroused heated discussions in the copper industry.

What is the Status Quo of Copper Semis Processing Enterprises amid Big Copper Price Volatility and Power Rationing?
China has issued documents recently to control the coal market. The prices of thermal coal, coke and coking coal fell to a one-month low, triggering significant pessimism in the metal market.

Interpretation of the Tightening of Malaysian Copper Scrap Import Standards and its Impact
The Malaysian Ministry of International Trade and Industry on September 1 announced that the temporary grace period for the tightening of metal scrap import standards, originally scheduled to expire on August 31, will be extended by two months to October 31, in order that exporters will get full prepared.