China’s copper mine resources are widely distributed in north-west and south-west regions, among which resources in Tibet, Yunnan, Jiangxi, Xinjiang and Inner Mongolia totalled over 60%. The country’s copper concentrate output has rebounded to 1.63 million mt (Cu content) since 2016, and the output in Jiangxi, Yunnan, Heilongjiang, Gansu, Xinjiang, and Inner Mongolia contributed 67.6% of total output.

As for cost evolution of copper concentrate, Yang said that China's production cost on copper concentrate is higher than the 90th fractile of all costs in the world, with the weighted average cost of copper mines at 27,000 yuan/mt, excluding by-product profits. 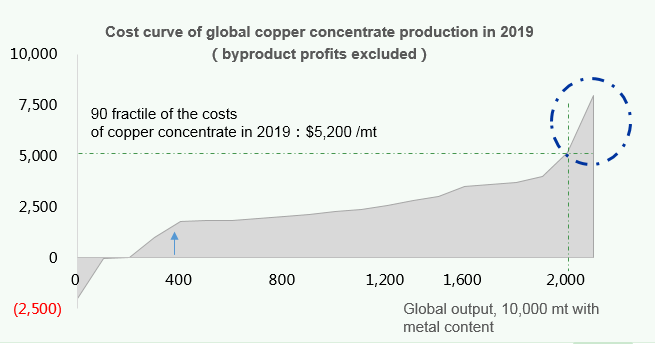 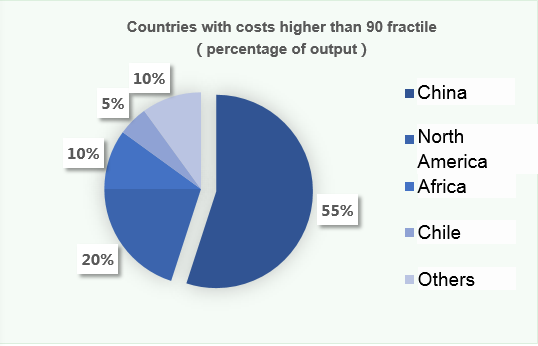 “Copper concentrate production cost includes manpower, electricity, tax and so on, and cost of global copper ore is expected to rise further due to inflation, degrading raw ore quality and concerns over environmental protection and mining safety.”

Also, Yang mentioned in her speech that limited number of mines in operation and slow project construction are the major issues facing overseas equity copper mine investment.

Minor metals to perform well amid traditional restocking
Prices of minor metals are expected to improve after experiencing the downturn after the Covid-19 pandemic.

Medium-term copper market has broad prospects
The rebound in copper prices was attributable to the recovery of demand and supply trends in China since Q2, said Rio Tinto's Laure Baratgin.

SMM strives to provide better pricing services after achieving IOSCO standards in price assessments
SMM is the first non-ferrous metal pricing platform in China that has passed the independent audit of the International Organization of Securities Commissions (IOSCO) financial index standard in 2020. This is also the first year that the China leading pricing provider has achieved the ISOCO standards.

Andy Home: Metals demand to remain strong amidst Covid-19 crisis
Despite the ongoing COVID-19 pandemic and the possible impact of de-globalization, the metals market is likely to face new challenges, especially in the scrap sector, according to commodities veteran Andy Homes.

All
MOST POPULAR
1.SMM Chinese New Year Holiday Notice
2.China Weekly Inventory Summary and Data Wrap (Jan 20)
3.SMM Morning Comments (Jan 20): Base Metals Closed Mixed on Cooling Expectations for Rate Hikes
4.SMM Morning Comments (Jan 30): Base Metals Closed Mostly with Losses on Rising US Dollar
5.Copper Prices to Be Subject to Follow-up Consumption post CNY Holiday
Shanghai Metals Market
Privacy PolicyCompliance CentreSMM Credit ServiceContact UsAbout UsTerms & ConditionsSitemap
Notice: By accessing this site you agree that you will not copy or reproduce any part of its contents (including, but not limited to, single prices, graphs or news content) in any form or for any purpose whatsoever without the prior written consent of the publisher.